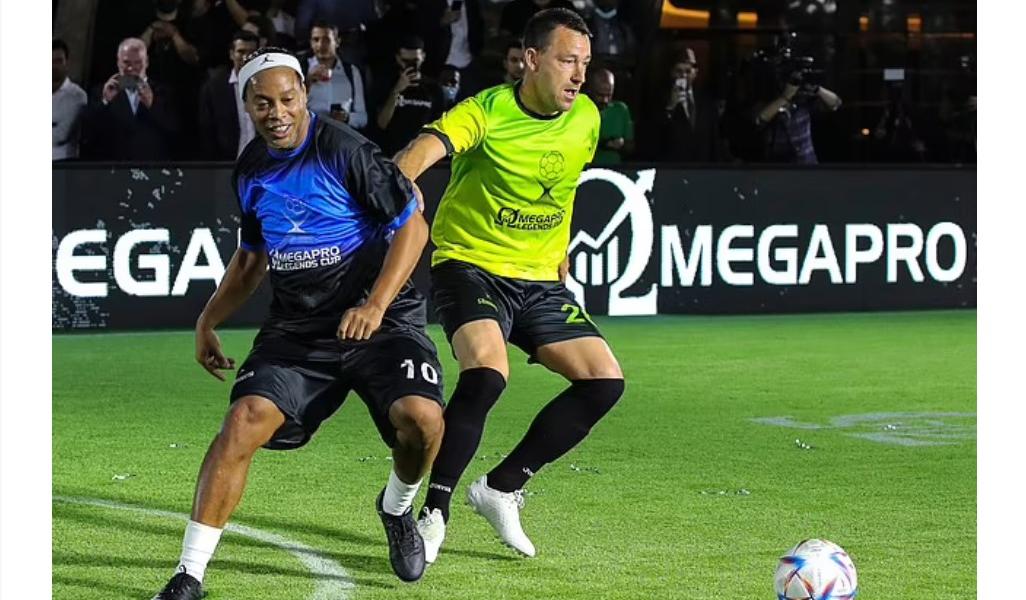 Former Barcelona forward and Brazilian football icon, Ronaldinho, led the Stars Team to win the Legends Cup in an exhibition match on Thursday in Dubai after defeating the Champions League led by Portuguese star Luis Figo 18-16.

The match was played in front of the Burj Khalifa, the tallest tower in the world and one of the top attractions to visit in Dubai.

The match was held in three rounds, each half lasting 20 minutes.

i). The first half of the Stars team led by Ronaldinho ended with a score of 7-5,

iii). In the third half, the Stars settled the score by winning 8-6. The match was organised by Omega Pro in cooperation with the Dubai Sports Council and the Department of Economy and Tourism, to reaffirm the UAE’s position in hosting and organising leading sports tournaments and events.