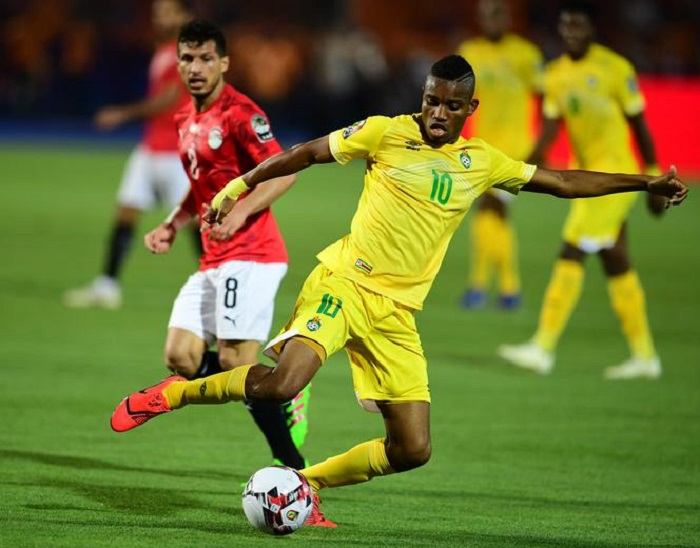 Warriors vice-captain Ovidy Karuru has implored the Sports and Recreation Commission (SRC) and ZIFA to find a mutual understanding and end their stand-off for the sake of protecting footballers’ careers.

Zimbabwe was suspended from international football by FIFA after the SRC suspended the Felton Kamambo-led ZIFA executive.

FIFA has demanded that SRC reinstate the ZIFA board for the suspension to be lifted but the country’s sports regulatory body has so far ignored FIFA’s demands.

As a result, the Warriors’ participation in the 2023 Africa Cup of Nations (AFCON) qualifiers is doubtful.

Karuru, who plays for Al-Shoulla in the Saudi Arabian second tier, said SRC and ZIFA officials should put their egos aside and consider the careers of footballers. Karuru said:

Both the SRC and ZIFA should imagine if they were the players, how would they feel about what’s happening?

They are our fathers and mothers and they should also consider the feelings of their sons and daughters who play football.

If they had a son or daughter who plays football, were they really gonna be fighting like this?

We just hope and pray that God will help so that they stop whatever is happening for the sake of the country.

I think one should humble themselves and let it go for the sake of the country and make the people of Zimbabwe happy by allowing international football.

As for the players, I don’t really think it will affect people like myself, (Knowledge) Musona (Tinotenda) Kadewere, (Marvelous) Nakamba, (Marshall) Munetsi, (Teenage) Hadebe etc, because we are already out of the country.

The players that will really be affected are those based at home with dreams to play outside the country because we all know back home things are tough and most of these players are breadwinners because they come from poor backgrounds just like all of us but God helped us to play outside.

There is CHAN that we all know that it’s for local players and because of that tournament I got a contract outside the country so imagine without tournaments like this for 2 years, are the players still gonna be in the same form they have now?

Let’s look at a player Like Bill Antonio. Do you think he wants to wait 2 years before he gets a contract outside the country?

No. Because in football a lot of things happen maybe he won’t the same after 2 years because of frustrations so they should really be there for soccer players and consider the impact that international football has on soccer players.

It’s everyone’s dream to play for the national team even if you ask the oldest player in Zim local league what their dream is they will tell you to play for Zimbabwe.

So please we beg you SRC and ZIFA not to kill these dreams but help them to be archived they should sit down together and come up with an agreement so that the boys won’t give up on their dreams and start doing drugs because not everyone is strong to keep fighting without getting what they dream of.