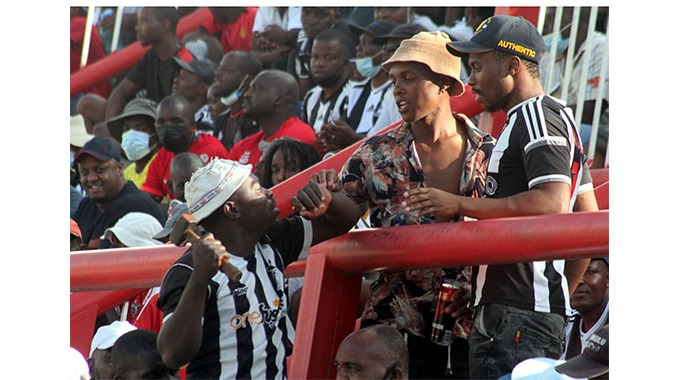 Highlanders Football Club has implored its fans to distance themselves from a few individuals who incite violence at matches.

This comes after the Premier Soccer League (PSL) summoned the club to appear before the PSL Disciplinary Committee following violence that rocked the match between FC Platinum and Highlanders on 23 April this year.

A statement released by the club on Tuesday, 10 May, ahead of a PSL match against Dynamos, read:

Esteemed Highlanders Football Family! I hope I find you all in good standing as we prepare for the big grand stage of the Zim Football this Sunday 15 May 2022 at the Highlanders FC Spiritual home, eMagumeni.

The Highlanders Leadership would like to invite all its facets of fans to come in numbers with their families, friends and associates to support and encourage their team to complete a double within a month over our fiercest competitor in National Football, Dynamos FC.

This is also a passionate plea to our fans to be hospitable to our visitors and ourselves in hosting them in and outside the Stadium and Bulawayo City in general.

Passion, respect and love are the cornerstone of our 96 years of existence and should be cherished and remembered this Sunday as we host Dynamos in our first leg of the League season 2022.

We note with concern a few individuals purporting to be Football Fans inciting violence in the name of Highlanders a practice clearly not synonymous with our Culture.

This should be condemned with the contempt it deserves and urges all Highlanders and Football fraternity to identify and eliminate such minds from near our Club.

Meanwhile, The Highlanders Executive is seized with finding an immediate but lasting solution to the bad patch that the Team is going through.

We acknowledge the anxiety that this lean spell has caused our Members and Fans and are equally concerned and want to promise you all that we are about to find and implement what we believe will heal us all and turn around the fortunes of this Institution we call our Heritage.