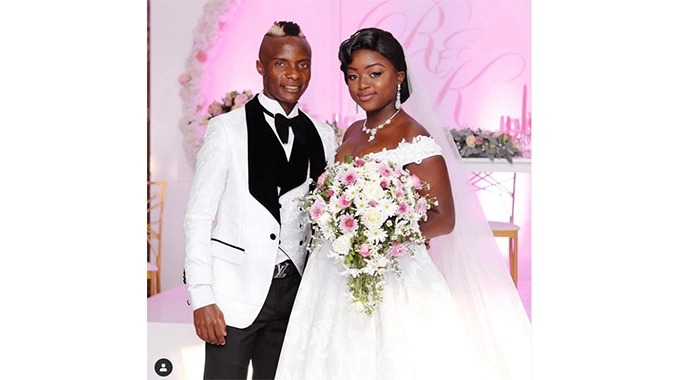 Audio clips of Kudakwashe Mahachi’s son telling his stepmother that her biological mother starves him and strangles and threatens to kill him from time to time have surfaced.

Mahachi’s wife, Rose Mahachi recorded the conversations between her and her four-year-old stepson when he visited his father in South Africa earlier this year.

The boy’s right foot heel was recently amputated after his father, Kuda Mahachi allegedly scalded him with boiling water.

However, the boy’s mother, Maritha Ndlovu, who is Mahachi’s ex-wife, denied the allegations that she occasionally starves, strangles and threatens her son.

Ndlovu told B-Metro that the audio clearly shows that her son was told what to say by his father and stepmother.

She further argued that Mahachi and Rose created the audio in an attempt to paint her as an abusive mother. Ndlovu said:

What do I benefit from starving my son? Is there any benefit to strangling and threatening him?

Study the audio, listen carefully and you will realise that they were coaching him to say that.

I listened to the audio and I can tell you that it’s not his usual voice.

I can tell you that he was in pain because I know when my son is not well. He had been beaten or something.

If I did that then why am I with him? Why is Mahachi not taking him away from me?

No right-thinking father will allow his child to be abused like that. And no child will allow that to happen to him.

He is four years old but he is old enough to comprehend and reason.

If I am a bad mother then he would want to be with his father.

Ndlovu said that she couldn’t wait for the conclusion of police investigations and Mahachi’s arrest so that he will have his day in court. She said:

If I was such a bad mother, why are they releasing the audio now?

If he really cared, why didn’t he fight for custody of the child?

The truth shall set me free. The law will give me justice.

My son deserves justice and he will get it without fail.

I cannot wait for the day he will be arrested, and my day in court.

Ndlovu told B-Metro that her son told her that his father boiled water using a kettle and intentionally scalded him.

The boy sustained third-degree burns on the head and both feet and his right foot had to be amputated.

Mahachi allegedly hit his son with an iron bar and he lost a tooth and suffered a cut on the forehead.

The boy’s stepmother allegedly whipped his back with a phone charger cable.

After the abuse, Mahachi allegedly smuggled his son to Zimbabwe without getting him medical attention in South Africa.

Meanwhile, Mahachi says the audio proves that his ex-wife is the one who burnt their son.