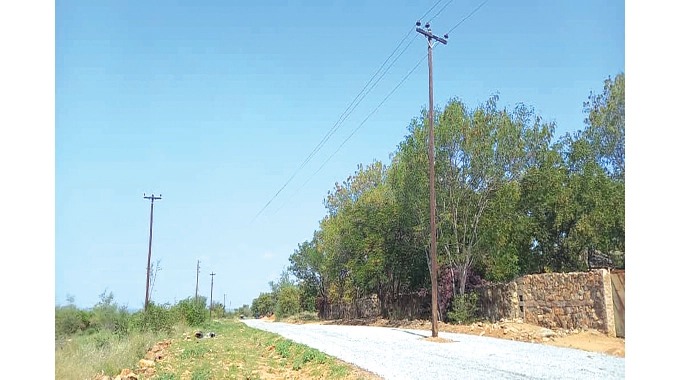 The Zimbabwe Electricity Transmission and Distribution Company (ZETDC) has put the lives of motorists in Beitbridge town at risk after it erected an electricity pole in the middle of a road.

The electricity pole is in the middle of a newly surfaced road in the Vhembe View suburb along Acacia Drive.

Residents blamed poor coordination between the local municipality and ZETDC, the power distribution arm of the Zimbabwe Electricity Supply Authority (ZESA) for the development.

Reports indicate that a master-plan mix-up resulted in Beitbridge Town Council constructing the road under the Emergency Road Rehabilitation Programme (ERRP) which cuts through a powerline.

This is an error which needs to be addressed as soon as yesterday. I strongly advise ZETDC to reroute the powerline by removing that pole, which seems logical.

Beitbridge mayor Councillor Munyaradzi Chitsunge seemed to blame the power utility for the development. He said:

As a local authority, we have no control over ZETDC, and it appears they could have misread the master plan resulting in this current crisis and they are taking their time to remove that pole.

However, we are hopeful that the issue will be amicably resolved in the shortest possible time.

A senior ZETDC official told The Herald that the necessary paperwork had been processed by relevant authorities to allow them to reroute the powerline. The official said:

As you are aware, we don’t just put a powerline without getting approval from the concerned local authority in terms of paying for wayleaves.

That powerline has been there for a very long time before the road’s construction and we suspect there was a mix-up on the council side.

We appreciate the drive to modernise the town’s roads by the government. So in the interest of progress, the necessary paperwork has been processed to remove that pole and use another route for our electricity line.

Meanwhile, Mitchel Mapfumo, a resident, said if the matter was not urgently attended to, lives could be lost, especially by motorists driving down the road at night.