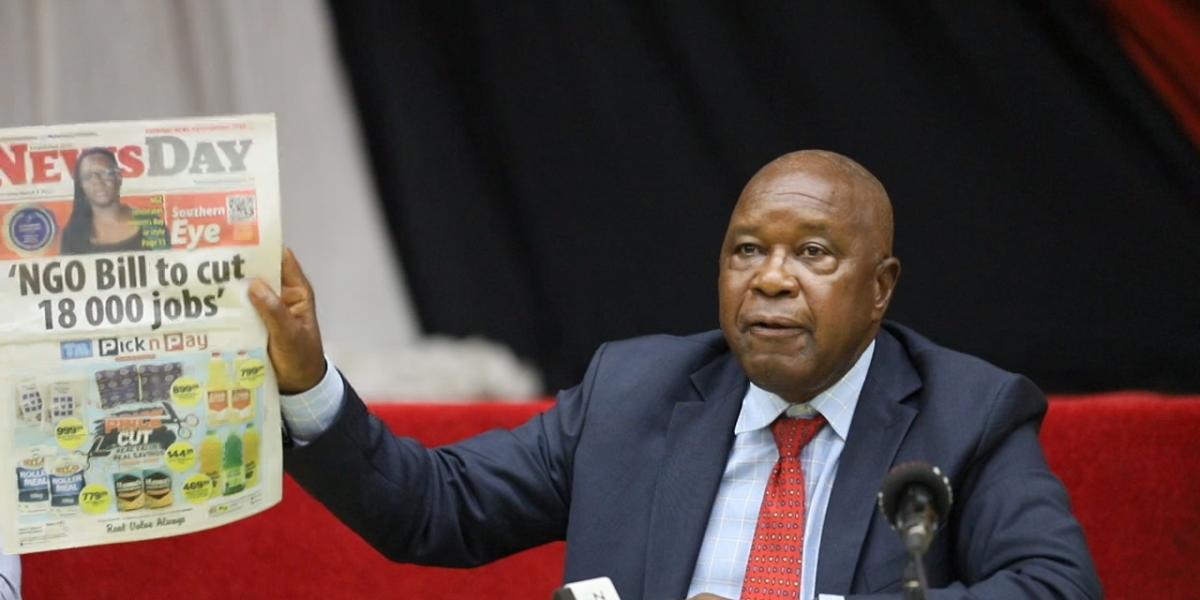 ZANU PF spokesperson, Ambassador Christopher Mutsvangwa, has said he was misquoted by NewsDay Zimbabwe after the publication published an article purporting that Mutsvangwa had claimed that corruption was rampant in the government.

NewsDay quotes Mutsvangwa as saying there is serious corruption in government saying the foreign currency was mysteriously disappearing from the national purse. Mutsvangwa reportedly made the remarks during a press conference in the capital. He is quoted as saying:

We’ve doubled our export earnings in US dollars, yet our currency is weak, where has that ever happened? To fill up a house with kids, but you can’t account for any of them…

It’s a financial and economic anomaly that we are earning US dollars, yet we can’t find them in our purse. The more you put money in your purse, the more your purse gets empty of US dollars, something is wrong!

The publication also quoted the Chairperson of the African Parliamentarians Against Corruption Zimbabwe chapter, Temba Mliswa as saying President Emmerson Mnangagwa must be summoned before Parliament over the corruption allegations involving ministers and other top government officials. Mliswa is quoted as saying:

Parliament has power, and going through these reports you then ask why we pass the budget because there is bad governance and lack of implementation of recommendations by the AG. Basically, the President is presiding over a corrupt government.

NewsDay Zimbabwe says Mliswa was contributing to a discussion held in the capital on the 2020 AG (Auditor-General) reports facilitated by the Southern African Parliamentary Support Trust.

Meanwhile, Mutsvangwa said the private publication under the Alpha Media Holdings stable had misquoted him and sought to drag President Mnangagwa’s name into the mud. Mutsvangwa said:

Temba Mliswa and Newsday are cobbling together a fictitious reportage in Newsday that is nothing but a gross debasement of journalistic ethics. Two unrelated occasions are mischievously linked simply to cast slurs on our esteemed head of state.

Furthermore they egregiously drag in the name of President Mnangagwa into groundless accusations of corruption about the abuse of national foreign currency.

Mutsvangwa said the derivative market of the Zimbabwe Stock Exchange is the main culprit sponging forex hard earnings out of the Reserve Bank of Zimbabwe weekly auction.

Leave a Reply to down boy Cancel reply