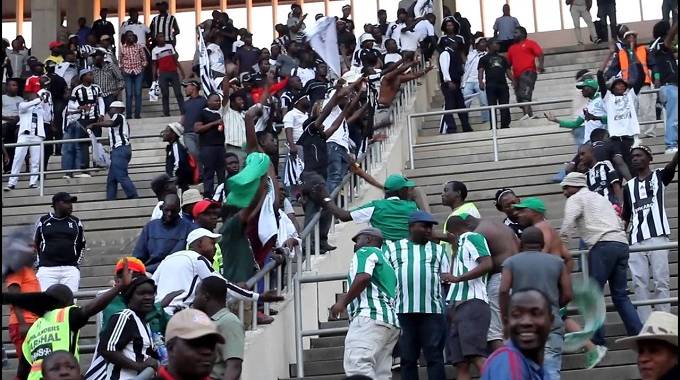 CAPS United have forgiven three players that they had sacked for influencing the squad to stage a demonstration on Sunday before a Castle Lager Premiership match against Cranborne Bullets.

Rodwell Chinyengetere, Devon Chafa and Ronald Chitiyo, who are all midfielders were pardoned by the club hierachy on Tuesday following their axing on Monday.

However, goalkeeper Simba Chinani, defender Dennis Dauda and striker Clive Augusto were held responsible for the debacle and were all released.

In a statement on Tuesday, CAPS United said that they conducted internal investigations and established that Chinyengetere, Chafa and Chitiyo were not responsible for fomenting the industrial action.

The trio had actually persuaded other players to play the match after they had threatened a boycott. CAPS United said:

So far only three players have been released after further investigations showed that some of the players that were fingered as ring leaders actually played a big part in trying to diffuse the flames.

We did internal investigations and got hold of a new piece of information which helped us to get a clear and full picture.

So we decided to pardon Rodwell (Chinyengetere), Devon (Chafa) and Ronald (Chitiyo); and part ways with the other players.

The CAPS United players caused the tie against Cranborne Bullets at the National Sports Stadium on Sunday to be delayed by 45 minutes after they had threatened to boycott the match over unpaid winning bonuses.

Makepekepe lost the match 0-2 and head coach Lloyd Chitembwe criticised the players for the “thuggish behaviour”.