At this week’s forex auction conducted on 03 May, a total of US$28.6 million was allotted. The bulk of the allotment went to raw materials followed by machinery and equipment, the same as last week.

1 151 bids were received on the Small to Medium enterprises forex auction, with 1 082 accepted and 69 disqualified. The total number of bids allotted was 1 082.

On the main forex auction, a total of 474 bids were received, 429 were accepted and 45 were disqualified. The total number of bids allotted was 429. 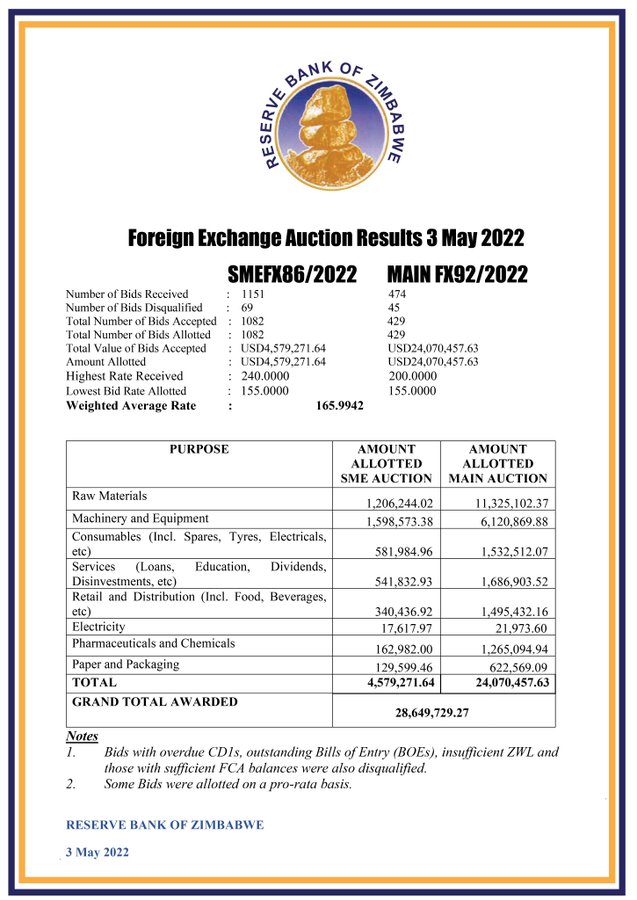