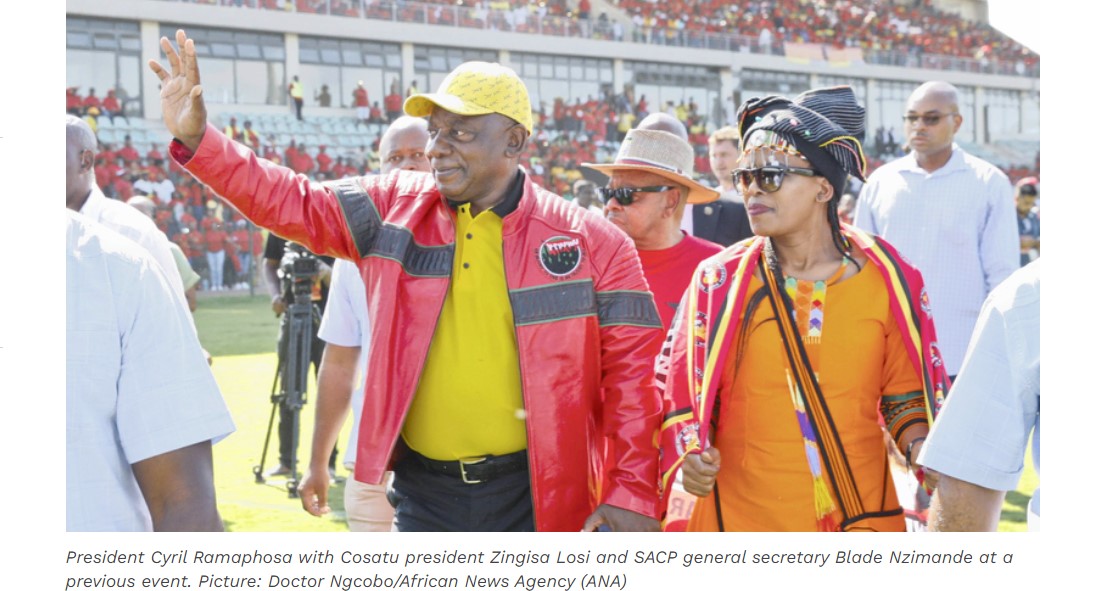 President Cyril Ramaphosa was Sunday forced to abandon the national May Day rally, organised by Cosatu in Rustenburg, after angry Sibanye-Stillwater workers disrupted the proceedings and refused to allow him to speak.

Police were forced to intervene while the statesman’s bodyguard quickly ushered him out of the Royal Bafokeng Stadium where the event was meant to take place.

The National Union of Mineworkers (NUM) and the Association of Mineworkers and Construction Union (Amcu) – the two biggest mine unions in South Africa – have demanded a pay increase of R1 000 per month over the next three years, similar to the amount Sibanye’s rival Harmony Gold agreed to pay its workers last year.

Sibanye’s chief executive Neal Froneman said the company would not be revising its final offer, as it could not sustain higher wage increases.

The workers have been on strike for the past few weeks and brought their demands to the Workers’ Day rally, where Ramaphosa was supposed to address them.

The May Day rally is an important event in the Tripartite Alliance calendar.

President of the Congress of South African Trade Unions (Cosatu) Zingiswa Losi attempted to address the disruptive workers, calling for them to remain calm to give the ANC President a chance to address them.

When the angry workers refused to yield, Ramaphosa himself walked into the stadium grounds to address them. Ramaphosa told the workers:

You want your R1 000, I understand that… We have heard that message and we will be dealing with that matter.

In an effort to pacify them, he promised to speak to those in power regarding their demands.

But tensions rose further and Ramaphosa was ushered out of the stadium.

A Cosatu member then took the microphone and called for workers to remain calm saying “We don’t want anyone to go to hospital today.”