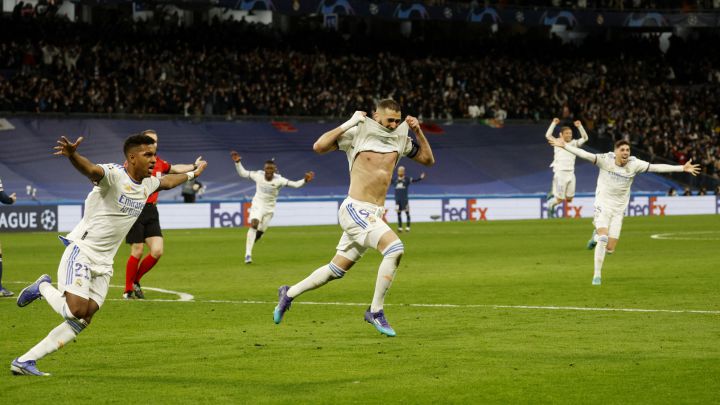 Real Madrid have won their 35th La Liga title with four games to spare after beating Espanyol 4-0 at Santiago Bernabeu.

Carlo Ancelotti’s side only needed a point against Espanyol to secure the trophy, but ended up taking all three to record their fifth successive victory.

They got a first-half brace from Rodrygo and two more from  Marco Asensio and Karim Benzema who scored one each.

Madrid’s win over Espanyol was their 25th of the 2021-22 campaign, and they have also recorded six draws and three defeats.

The Bernabeu outfit boasts the best-attacking record in La Liga with 71 goals and the second-best defensive record behind Sevilla.

Ancelotti has now delivered two trophies since returning to Santiago Bernabeu from Everton last summer, with success in La Liga following up their Supercopa de Espana final victory over Athletic Club in January.

Madrid could still win a third trophy before the season ends as they remain in the hunt for Champions League glory.

Manchester City are standing in the way of the 13-time winners in the semi-finals and managed to record a 4-3 win in the first leg of the tie at the Etihad Stadium, but Madrid will still be hopeful of a comeback in the return leg on Wednesday night.