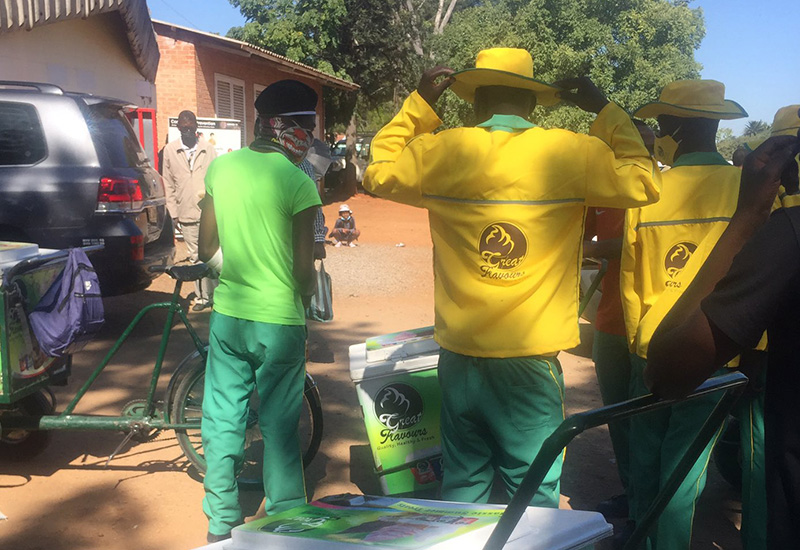 Bulawayo central MP Nicola Watson has claimed that some yellow-wearing ice cream vendors were Saturday denied entry into the Bulawayo exhibition park, where the Zimbabwe International Trade Fair (ZITF) is being held.

Great Flavours ice cream men, who wear yellow and green uniforms, were forced to remove their hats and jackets by police before being allowed entry.

Yellow is the opposition Citizens Coalition for Change’s (CCC) colour and has been banned in parliament while the Harare city council tried to follow suit in vain.

There are also reports that an unwritten decree was made by some government officials to the effect that schools with yellow uniforms need to find new ones.

However, the Great Flavours uniforms did not bear the CCC logo. Said Watson:

Another trade fair gem, ice cream vendors with yellow jackets and hats had to take them off to go into the trade fair grounds.

The toxicity from Zanu PF to CCC is hindering so much and yellow is a banned colour.

The CCC rebranded from MDC Alliance in February this year after MDC-T leader, Douglas Mwonzora claimed ownership of the name MDC and all its derivatives.

The Nelson Chamisa-led party participated in the 26 March by-election and won most of the Parliamentary and local government seats that were up for grabs.