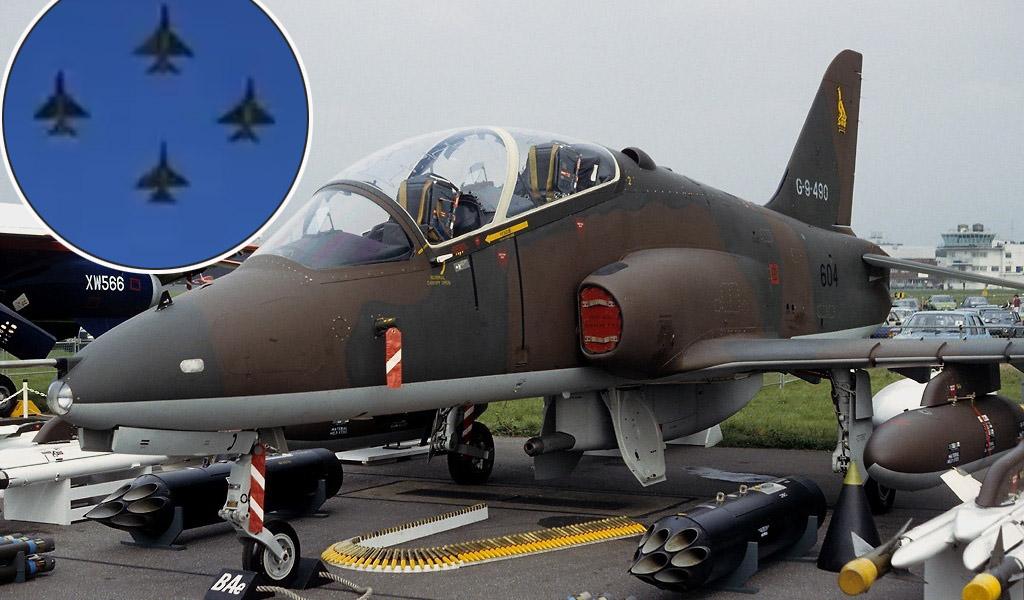 Four BAE Hawk jets took part in a fly-past during the Zimbabwe International Trade Fair in Bulawayo on Friday.

Whaooooo! Zimbabwe’s long mothballed squadron of Hawk Fighter jets are flying again! This after years of being grounded because of military sanctions against the country by Britain! Bravo Zimbabwe! We continue to scale to new heights under conditions of sanctions!

Zimbabwe bought 12 British-manufactured BAE Hawk jets in the early 1980s using a £35 million loan from the British government. One of the jets was destroyed on the ground and two others were damaged during an attack on the Thornhill Air Force base by disgruntled ex-ZIPRA fighters in 1982.

Some of the Hawk fighter jets saw active duty in the Democratic Republic of Congo in 1998 as Zimbabwe took part in repelling a rebel push to overthrow the government.

European Union sanctions on Zimbabwe, imposed in 2000 in response to the chaotic land reform programme during which gross human rights abuses were recorded, saw Zimbabwe unable to import parts or get support from manufacturer BAE Systems.

The entire fleet was reportedly grounded in 2011.

How Zimbabwe obtained parts for the previously grounded jets is still a mystery.

Another unknown is how many of the Hawk fighters jets have returned to service, with only four having taken part in the ZITF fly-past.