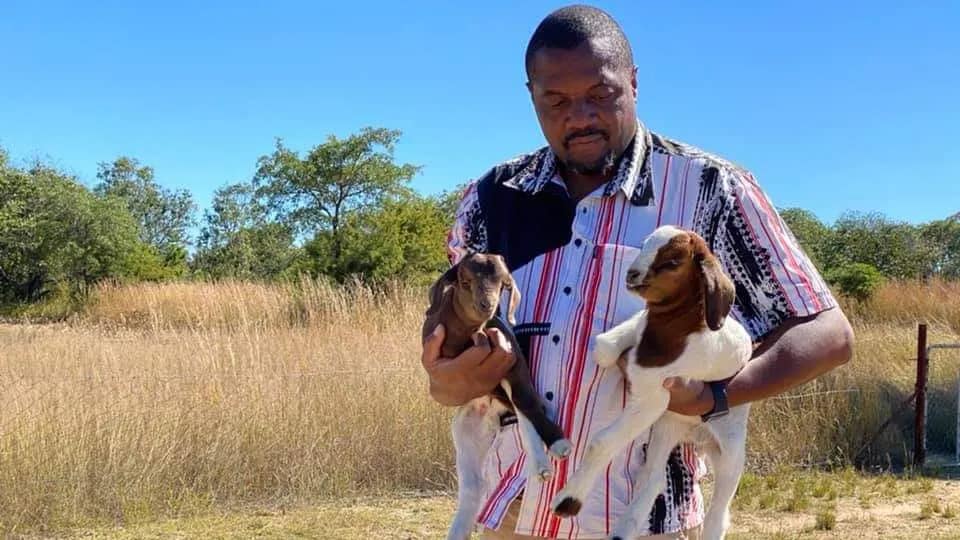 Prominent journalist and government critic, Hopewell Chi’ono has said he appreciates the presence of opposition Citizens Coalition for Change officials in his home area of Murewa after a week of “terror.”

CCC deputy spokesperson, Gift Ostallos Siziba and a group of party youths are reportedly in the area to guard Chin’ono’s home following threats by the ruling ZANU PF that they will seize the journalist’s goats.

The ruling party claims that Chin’ono is a beneficiary of the government’s goat project and further accuses him of failing or neglecting to pass on the goats to other farmers as was expected of all beneficiaries.

Chin’ono who runs a goat project at his Murehwa village near Mukarakate refutes the claims saying he never received goats from the government. He provided receipts which suggest that he got the initial 35 goats from South Africa. Posting on Twitter this Sunday, he said:

Welcome to Murewa @Cde_Ostallos I hope you will enjoy your stay in our quiet but vibrant hood. I never thought that I would get the solid solidarity that you and all citizens have given me and my people today. We have been terrorized all week, your visit has reassured us

This development comes after CCC legislator for Zengeza West, Job Sikhala had claimed that he had mobilised youths to protect Chin’ono’s home amid fears that ZANU PF members would descend on it.

Meanwhile, Chin’ono who previously seemed to have surrendered, to allow ZANU PF youths to take the goats, has reported one Taurai Kandishaya over the matter.