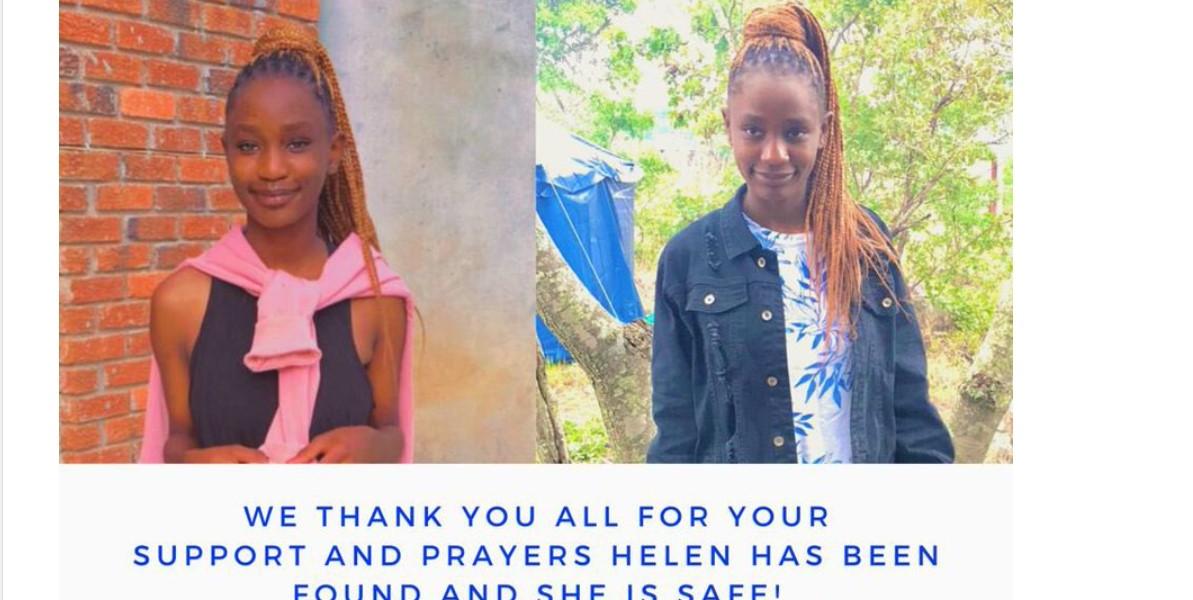 A High school student, Helen Dirani, 18, who was previously reported missing has been found, her family said in an update.

She had reportedly left home in the exclusive neighbourhood of Shawasha Hills in Harare to go for a jog on the morning of April 17 – and she was never seen again.

Her family had since launched a public appeal for her safe return. In an update on the night of Saturday 30 April, her sister, who uses the name Haz on Twitter, announced that Helen had been found. She said:

Thank you all for the help and support, my sister has been found. Very much indebted.

We thank you all for the effort you put in helping us finding Helen. Your retweets, shares and other various publicity ways really were very much useful. Helen was found near Epworth after she reached out to her brother. At the moment she does not recall how she got there to her little recollection, it was after some lady saw her roaming the streets and notified her that she is being flighted as a missing person.

That lady is the one who gave her a phone and she reached out. Indeed, the publicity went an extra mile and we would like to thank each and everyone that shared as well as those who were with us in thought and prayer, THANK YOU Some urged the family to consult health practitioners concerning the issue of not recalling some events.

Some who had missed the details of where, and how she was found became curious and started speculating.

Some said Helen had eloped that why the family did not reveal where she was found and how she got there while some said she was being abused at home forcing her to leave unceremoniously, allegations that were strongly dismissed by Haz. She responded:

Get your facts right before coming here to tarnish my family’s image. Who was abusing her? Because pamba paaigara and paachiri kugara pamba pema biological parents ake (she lived at her biological parents’ house). I’d appreciate if you mention by name the “some” people you’re referring to.