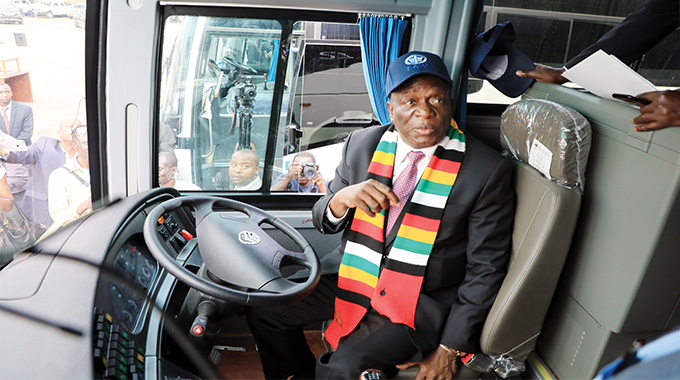 President Emmerson Mnangagwa has directed the Ministry of Transport and the Zimbabwe United Passenger Company (ZUPCO) to address transport issues that have seen commuters queuing for hours waiting to be ferried.

He made the decree in his Worker’s Day statement on Saturday. Pindula News presents an extract from his statement:

The Second Republic is determined to retain the purchasing power of workers, through a viable public transport system.

Government will not stand by and watch while the hard-earned incomes of our workers are stolen by “mushika-shikas” and “makoronyera”. No!

You, as our workers, deserve an efficient and affordable transport system so that production time, as well as your family time, is not lost in transport queues. During peak hours, workers must be transported with the greatest ease.

I, therefore, direct authorities at ZUPCO and the responsible Ministry to heed this call and bring back order in the sector. There are no residential areas which are more important than others.

All communities must be treated equally, for this is the true meaning of our hard-won independence and the current development drive that leaves no one and no place behind.

Similarly, the incidence of non-remittance of payments for medical aid and pensions for workers by organisations will not be tolerated.

I call upon workers to expose situations where they notice cases of corruption and maladministration within organisations and institutions.

Private-owned commuter omnibuses (kombis) were banned in 2022 as a way to curb the spread of the coronavirus pandemic. They remain banned but have been pirating some routes, illegally, capitalising on ZUPCO’s failure to offer transport timeously.