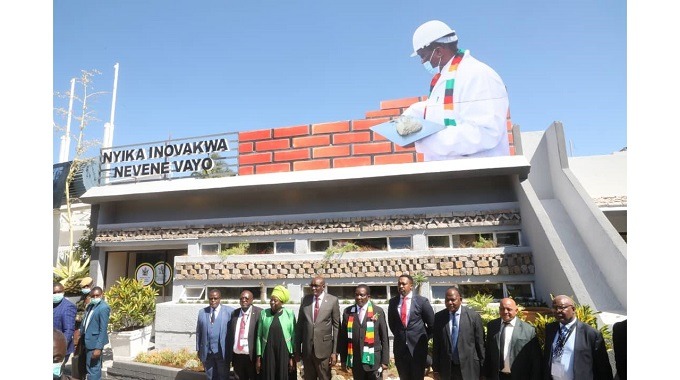 President Emmerson Mnangagwa has said the country’s economy is now out of depression and on recovery as evidenced by the size of the 2022 Zimbabwe International Trade Fair (ZITF), which he said is the largest ever.

A depression is a severe and prolonged downturn in economic activity that lasts three or more years or which leads to a decline in real gross domestic product (GDP) of at least 10%.

Speaking after touring various stands at ZITF on Friday morning, Mnangagwa claimed that 75 per cent of the products on supermarket shelves are produced locally. He said:

I have also been advised by the Minister of Industry and Commerce, Dr Nzenza that Zimbabwe is now producing more than 75 per cent of products that are found on our shelves in the supermarkets.

Most of these people are our own people and they come here in order to exhibit their products and do the networking among themselves which is critically important.

It shows that Zimbabwe is now out of depression, we are on the trajectory of recovery of our economy.

The President also said his Government’s policy of engagement and re-engagement is now bearing fruit with countries such as the United Kingdom exhibiting at the 62nd ZITF after 20 years of not participating.

During his tour, Mnangagwa visited every embassy that was exhibiting including the UK embassy, the embassy of Belarus, the Kenyan embassy and the embassy of Japan.

2 comments on “Zimbabwe’s Economy Now Out Of Depression – ED”