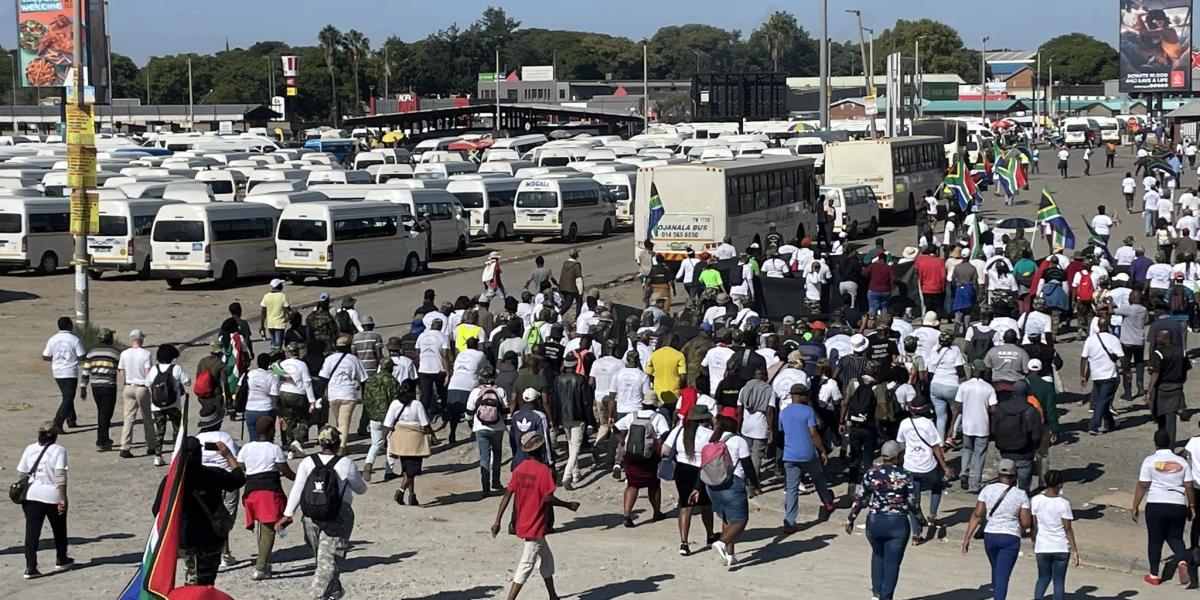 The regional coordinator of Operation Dudula in Rustenburg, Rollance Mabula, said that their members are patriotic, and not xenophobic as alleged in some quarters.

The anti-migrant group was expected to launch its North West branch in Rustenburg on Wednesday.

The vigilante-like group claims it is targeting drug dens, unregistered businesses and undocumented foreign nationals who they accuse of engaging in criminal activities and stealing jobs from South Africans. Said Mabula:

We are having a problem with illegal immigrants occupying job positions that are supposed to be occupied by South Africans.

How should I feel when I see people from out of this country coming to make our children prostitutes here?

Members of Operation Dudula sing songs that have derogatory lyrics to refer to foreigners but Mabula insists the group is not xenophobic.

Operation Dudula has been blamed for the death of Zimbabwean Elvis Nyathi who was lynched by a mob in Diepsloot, a township in Johannesburg earlier this month.

2 comments on “We Are Not Xenophobic, We Are Patriotic, Says Operation Dudula Coordinator”