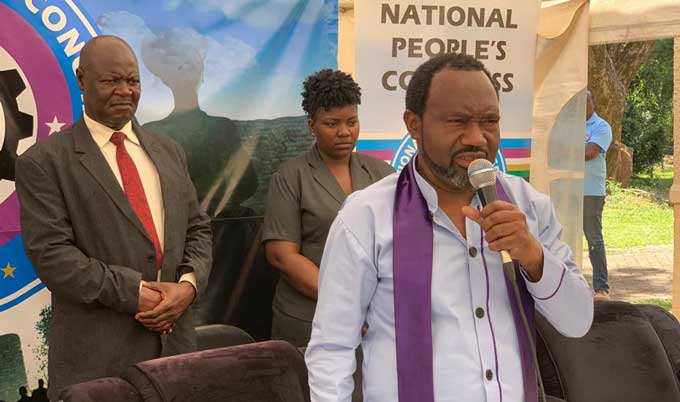 A new opposition party, the National People’s Congress (NPC) was launched in Harare on Saturday.

The party is led by renowned banker and engineer Wilbert Mubaiwa, who considers his party centralist in nature, and different from other political parties in terms of ideology.

Speaking at the launch of the party, Mubaiwa, a Guruve South losing independent candidate in the 2018 elections, said:

We don’t believe in pointing fingers and fighting other parties; we believe in proffering solutions.

We considered a lot of things before coming up with this new party.

We know that there are more than 100 political parties registered with the Zimbabwe Electoral Commission (ZEC) and we are offering an alternative different from all those political parties.

Mubaiwa, a former MD of Sunway City, said his party values Ubuntu (a quality that includes the essential human virtues; compassion and humanity). He said:

If you see me talking to a ZANU PF leader, it doesn’t mean I am a sell-out.

When you see me dining with Citizen Coalition for Change (CCC) officials, it means there is an osmosis of ideas.

Being in different political parties does not make us enemies.