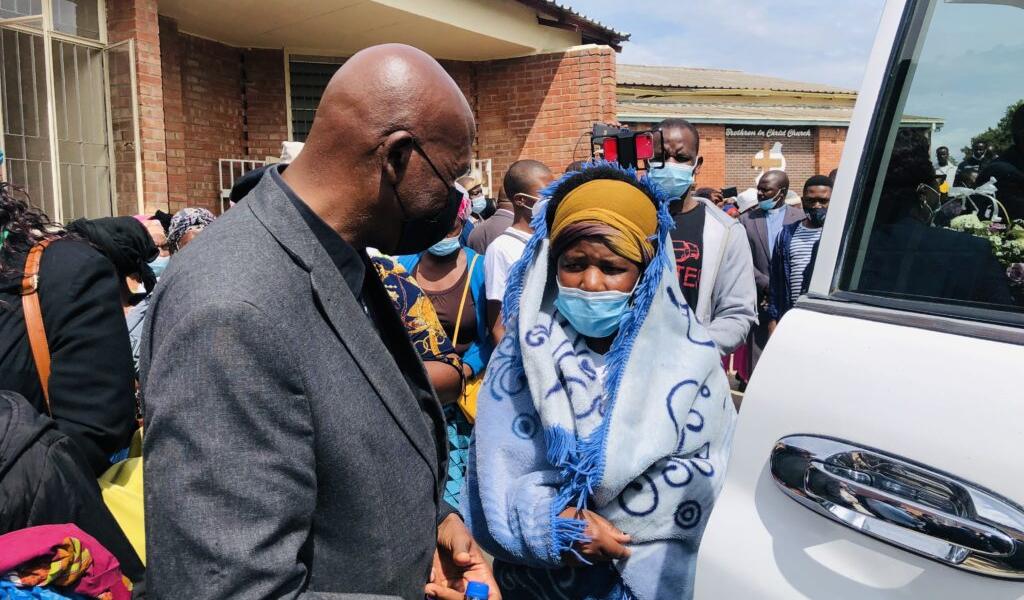 Veteran broadcaster Ezra Tshisa Sibanda has reported that the children of the slain Elvis Nyathi have been assisted by the government to acquire birth certificates.

Thank you Minister of State, Bulawayo Metropolitan Province Judith Ncube and Bulawayo Registrar’s Office, for your help. The birth certificates of the late Elvis Mbhodazwe Nyathi’s children are being processed.”

Earlier this month Sibanda had identified the following children whom he said have no birth certificates, Melusi 18, Khumbulani 16, Sindisiwe 14, and Mike who is in grade 6.

Sibanda appealed to all well-wishers to assist the Nyathi family in building a home for them at the Ntabazinduna stand that they own. He said:

My appeal to all of you, lets help build a home for Elvis’s family ASAP. We have seen the stand and it’s there in Ntabazinduna, what is left is just building a house. Together we can do it. Thank you to everybody who contributed towards the funeral.

We still call upon those who haven’t sent the cash they collected from people on behalf of the family to please contact the family and give them the money for the children. Mrs Elvis’ Zim bank account will be availed soon.

Nyathi was killed by members of the extremist xenophobic vigilante group Operation Dudula, which is supported by some South African ministers and senior ANC leaders, after failing to produce identity documents.