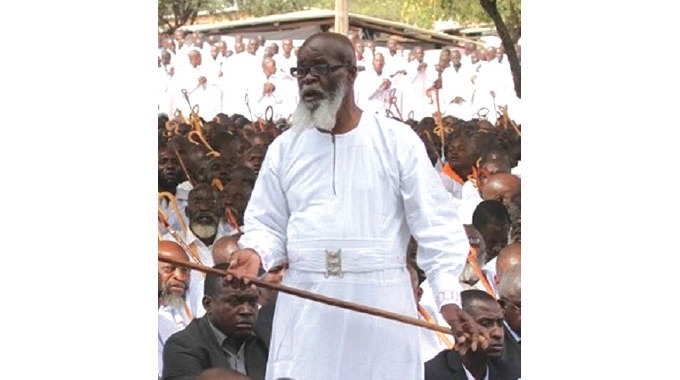 Taguta died on Sunday afternoon and is believed to have been in his 90s.

I have been informed by the Secretary for Provincial Affairs and Devolution, Mr Edgars Seenza, that Highest Priest Noah Taguta is no more.

The DDC (District Development Coordinator) Mutare advised that he died around lunchtime.

Seenza told The Herald on Sunday night that he was still to get more details regarding Taguta’s death.

The Johane Marange Apostolic Church, which has the largest number of mapostori (white garment) followers in Marange, is notorious for child marriages.

Last year, a 15-year-old girl, Anna Machaya, died during childbirth at the Marange shrine in Bocha and was allegedly buried in a secret place.

The man responsible for the pregnancy, Hatirarami Momberume, coincidentally shares the same surname as the late Mutumwa Noah Taguta Momberume, though it is not known whether the two are related or not.