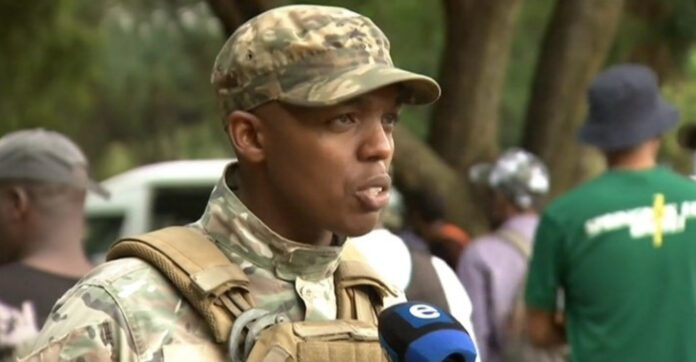 There are fears that more Zimbabweans living in neighbouring South Africa could be in danger of xenophobic attacks as Operation Dudula has spread to Durban and other areas.

The activists blame undocumented foreigners, particularly Zimbabweans, for the high crime and unemployment rates in South Africa and are pushing for all illegal immigrants to leave.

South African television channel, eNCA recently reported that Operation Dudula was extending its branches to other provinces with its first launch being in KwaZulu Natal.

on Wednesday last week, the day Lux visited the area.

Our countrymen can only be safe if vigilante groups like Dudula are immediately disbanded.

The SA government and the SA police (SAP) cannot continue to condone the wanton abuse of rights.

What this really means is that we now also have a right to wage war against anything South African in Zimbabwe.

If the South Africans don’t value our lives, why should we value our business co-operation?

South African President Cyril Ramaphosa is in denial and his high sounding rhetoric counts for nothing until he directly confronts Dudula as another loss of life cannot be tolerated.

Another political analyst, Vivid Gwede, said regional leaders should come together to address the challenges in both South Africa and Zimbabwe. He said:

Operation Dudula and its attendant fallout of xenophobic violence are inexcusable on the part of the people and government of South Africa.

Equally, there should be a reflection in the whole of SADC on how to deal with historical inequalities in South Africa, poor economic performance and political problems in countries like Zimbabwe and the challenges of scarce economic opportunity and migration.

He accused the group of trying to divide African people.