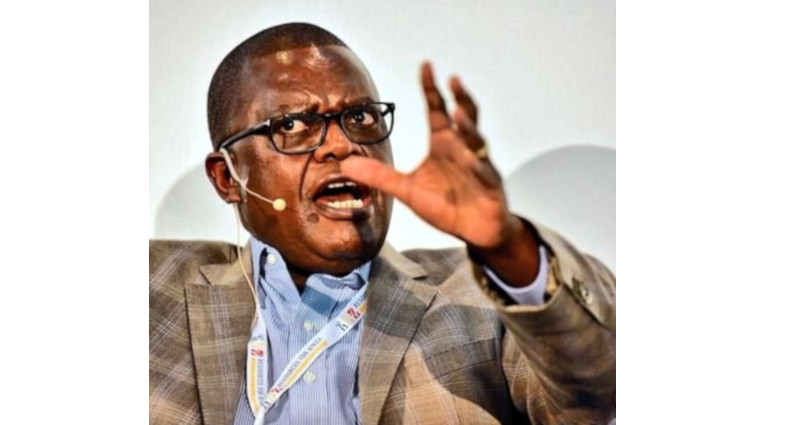 In his article published by NewsDay on 12 April 2022, Ncube said Chamisa has good oratory skills at political rallies but doesn’t have what it takes to make tough decisions to navigate the country out of the economic quagmire. Wrote Ncube:

The Nelson Chamisa-led Citizens Coalition for Change (CCC) claims to have the answers to all that afflicts Zimbabwe.

As things stand, I am far from persuaded that Chamisa has what it takes to dig the country out of the ZANU PF-created morass.

I, too, sense the palpable excitement for the possibility of something new and the desperate desire for change after 42 years of authoritarian rule that has blighted the country’s fortunes.

Oratory is the skill required at rallies while governing requires a different skillset and the courage to make decisions to administer tough love to the adoring masses.

There is no doubt that Zimbabwe is ripe for change. Unless we are clear about the change we want, then anything that looks like a change will suffice. Have we waited this long to shortchange ourselves?

The country has been ready and on the cusp of change for a while now. Brute force, intimidation and daylight electoral robbery have subjugated the majority to the whims of narrow and selfish political, military and economic interests.

To many Zimbabweans, particularly the youth, Chamisa holds the key to the escape door out of years of the ZANU PF dictatorship.

He has captured the mood and his speeches at rallies, while underwhelming on substance, have connected with many, especially the young.

There is a personality cult that says he can do or say no wrong. Any criticism is seen as sacrilege at worst and a reckless attempt to derail the people’s hopes and march towards the new.

Criticising Chamisa or pointing to his shortcomings is often equated to supporting ZANU PF.

@TrevorNcube I’ve read your piece & there are loose ends that need clarity. You say you supported Mssrs Makoni & Moyo in their political projects.

It’s common cause that 1. both failed & 2. you abandoned them. Could you elaborate on why they failed despite the merits you saw?

Secondly, you pledge a holy petition that Chamisa “attracts men & women who are far better than him to add content, vision and strategy to his ambitions”, an indirect claim that he has none. Is that how lowly you regard accomplished peers like Welshman Ncube & Tendai Biti?

Who might these men and women be that you have in mind so that we can also assess their qualities and your judgment?

When you joined PAC were you satisfied that Mnangagwa had men and women of the calibre that you suggest? If so who were they and why did they fail?

You have joined Mssrs [Simba] Makoni, [Nkosana] Moyo and Mnangagwa in their political projects and it’s been a hat-trick of failures, walking out on all 3.

On that record, do you think you’ve just been unlucky to be on the wrong side of chance or does it say something about your political judgment?

In 2018, Ncube tweeted that President Emmerson Mnangagwa had made an offer to Chamisa that he said the opposition leader couldn’t reject.

He, however, didn’t disclose the nature of the offer or whether it was indeed made to Chamisa or not.

4 comments on “Chamisa Doesn’t Have What It Takes To Lead Zimbabwe, Says Trevor Ncube”