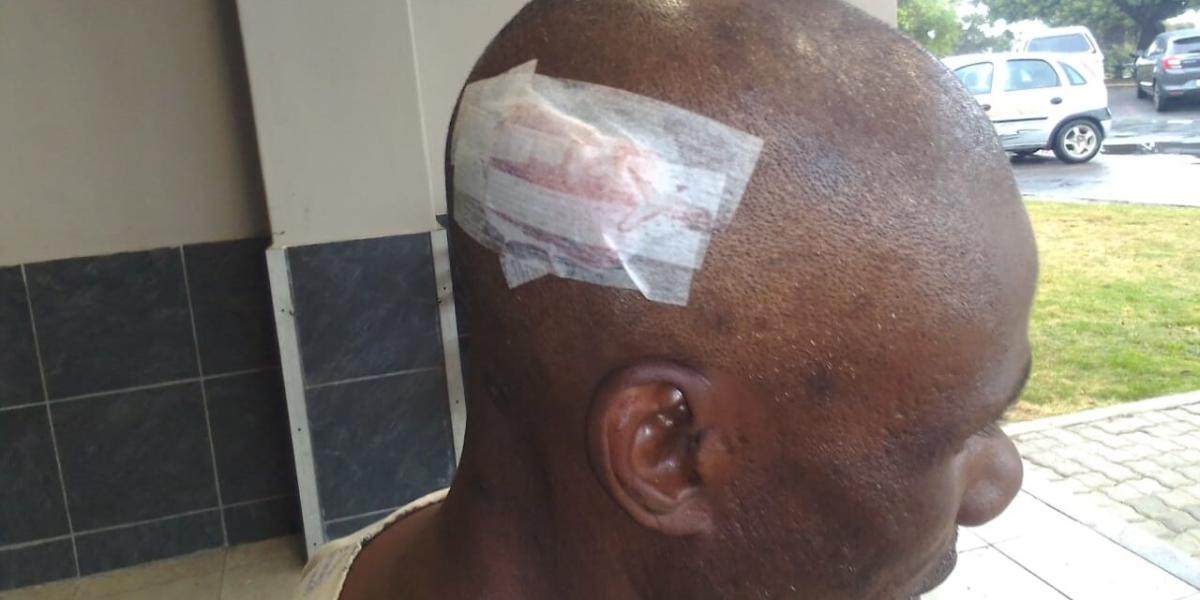 A Zimbabwean national living in South Africa was injured in an alleged attack two weeks ago by locals in Capetown’s Breadasdorp settlement.

Immanuel Zinja told VOA Zimbabwe that he wants to return to Zimbabwe as his property was looted, leaving him and his pregnant wife almost destitute.

He said he was attacked by protesters armed with axes and machetes and suffered deep cuts on his head and had to be hospitalized.

All our property was looted while I was in the hospital. When my wife Letwin (Mupfugami) went to check on some baby clothing she had bought for the child she is expecting, she found the house empty.

We have been living in South Africa since 2014. So, all the property we were buying to take back home was stolen. We have nothing except the clothes on our backs.

Zinja’s wife said she learnt about her husband’s attack on a local WhatsApp group in which she is a member. She said:

I nearly passed out when I read a message on the WhatsApp group concerning my husband whose name was mentioned.

Indications were that he was either dead or still alive. I tried to call him but he was not responding to my calls.

I ended up calling his boss who informed me that he had been badly hurt and had some deep cuts from an axe on his head but was still alive and had been taken to a local hospital.

When I got to the hospital, he could not recognize me and had to be taken for surgery at a hospital that specializes in serious injuries.

Letwin quit her job as a farm labourer in order to look after her unwell husband. She advised fellow Zimbabwean immigrants to be alert as they can be attacked at any time. She said:

I advise Zimbabweans who are in unsafe areas to send all their property home as they risk losing everything like us.

We have nothing but worked in South Africa for a long time.

We must now rely on well-wishers so that we can return home. This is a sad situation and has stripped us of all our dignity.

Meanwhile, in a related development, Zimbabwean immigrant, Elvis Nyathi, was extorted of R50, assaulted and burnt in the street in Diepsloot last week on Wednesday.

On Monday, President Cyril Ramaphosa urged South Africans to stop taking the law into their hands by attacking undocumented foreigners.