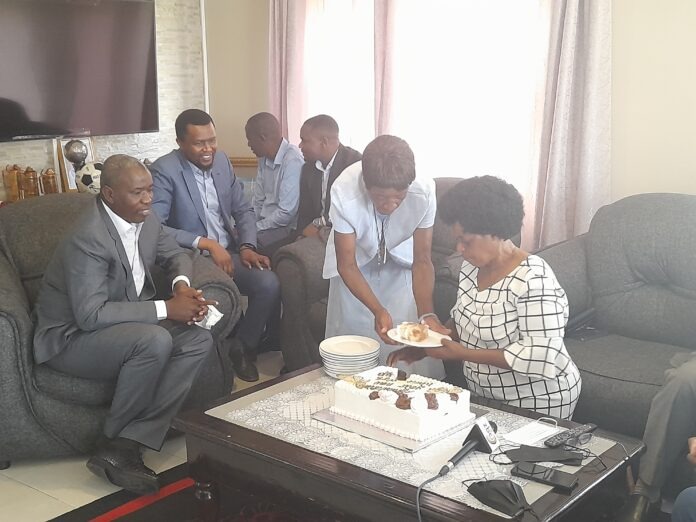 Sakunda Holdings has officially handed over a house to Agnes Shaya, the wife of the late Dynamos football legend George Shaya.

The energy company made the promise to give a house to Shaya’s widow in September last year, a month after the death of the football legend.

The house is located in the gated community of Madokero Estates west of Harare’s central business district.

Sakunda Holdings had asked Agnes to select a house with a value of US$120 000 but she chose the three-bedroomed house worth US$100 000.

She decided to deduct some of the money towards conveyance fees, and water and electricity systems.

Tagwirei said he decided to honour Shaya in appreciation of the part he played in developing football in the country.

He also gave Agnes an open cheque to buy furniture of her choice for the house.

Chunga and Ndlovu were each given houses worth US$90 000 by the same company.