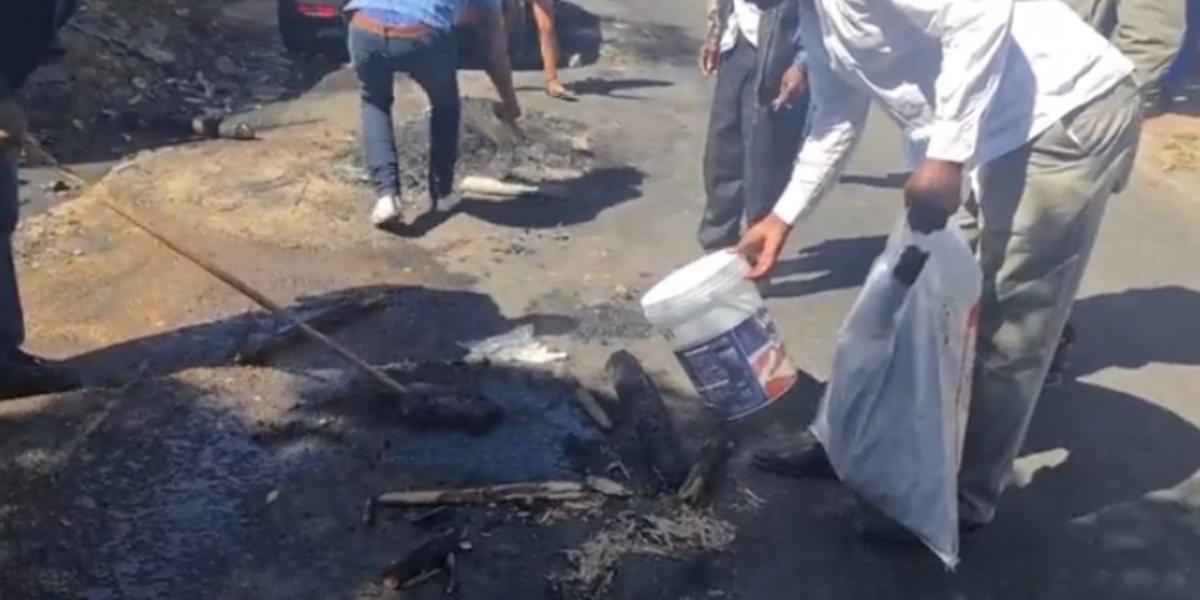 A Zimbabwean national who was brutally murdered by a mob in Diepsloot, Johannesburg, South Africa on Wednesday, was not a criminal, his family has said.

The now-deceased 43-year-old  Mbhodazwe “Elvis” Nyathi was a gardener in Fourways and had a wife and four kids. He lived on Thubelihle Street, Diepsloot.

According to his family, Nyathi had just come home from work when a mob ran through his neighbourhood chasing a group of people, knocking on doors and asking for ID documents.

Nyathi was allegedly caught by the group who tied him up, assaulted him and set him on fire. Nyathi’s brother, Godknows, said:

My brother, his wife and others hid behind their shack and the group found them and started chasing them because they thought they were criminals.

We are hurt because my brother was not a criminal. I spoke to him yesterday when he was at work and after work, he came back home to Diepsloot and they killed him. My brother was a good person. He had a wife and four children.

All I can say to the community of Diepsloot is if they catch someone they need to investigate if this person is a criminal or not.

They can’t just catch someone and kill them because they will only find out at the end that this person was not a criminal and was innocent.

On Thursday morning, Nyathi’s family cleaned his blood off the street and retrieved pieces of his clothing from the burnt rubble, a few metres from where he lived with his wife and kids.

South African Police Service (SAPS) spokesperson, Brigadier Brenda Muridili, had earlier told News24 that the mob had gone door to door at around 9 PM on Wednesday and demanded passports from foreigners.

When they entered one home, a man fled the scene, was chased down and killed, she said.

Speaking to SABC on Thursday, Nyathi’s widow said her husband had fled from the mob because he did not have a passport.

Residents refused to speak to News24 saying they feared for their lives.

Andrew Maleka, a community leader, condemned the killing of the Zimbabwean national. He said:

We condemn this thing. Zimbabweans… this is their home and they are our brothers and sisters.

One of these days we, as South Africans, are going to need them and we will have to leave South Africa to go to Zimbabwe for a better life because the situation they have in Zimbabwe is on its way to South Africa.

If you look at how South Africans are living now, people are unemployed and there are no jobs.

South Africa’s Minister of Police Bheki Cele was expected to visit the Nyathi family on Thursday.