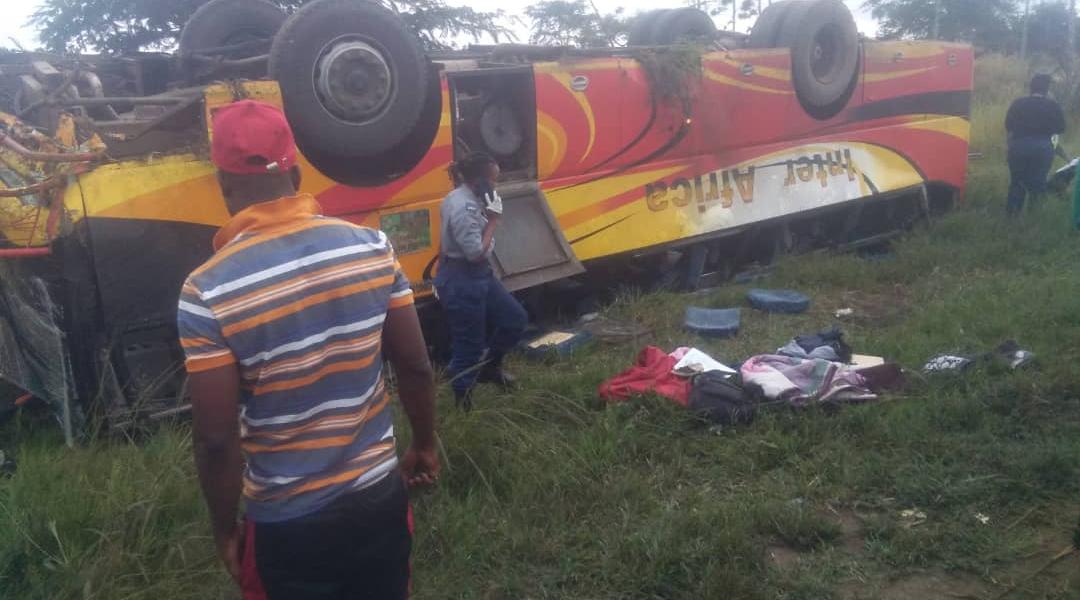 An Inter Africa Bus overturned at the 39km peg along the Harare-Bulawayo Road (near Karina garage Norton) on Tuesday, 5 April 2022.

One person was killed while 22 others were injured when an Inter-Africa bus overturned at Karina in Norton on Tuesday morning.

Zimbabwe Republic Police (ZRP) national spokesperson, Assistant Commissioner Paul Nyathi, said the bus was travelling from Murombedzi to Harare with 58 passengers on board.

Asst Comm Nyathi told NewsDay that preliminary investigations indicated that the bus overturned as the driver tried to avoid hitting a Honda Fit car that encroached onto his lane. He said:

The Zimbabwe Republic Police (ZRP) confirms that one person died and 22 others were injured this morning (yesterday) at the 39km peg along the Harare-Bulawayo Road (near Karina garage Norton) when an Inter Africa bus which had 58 passengers overturned.