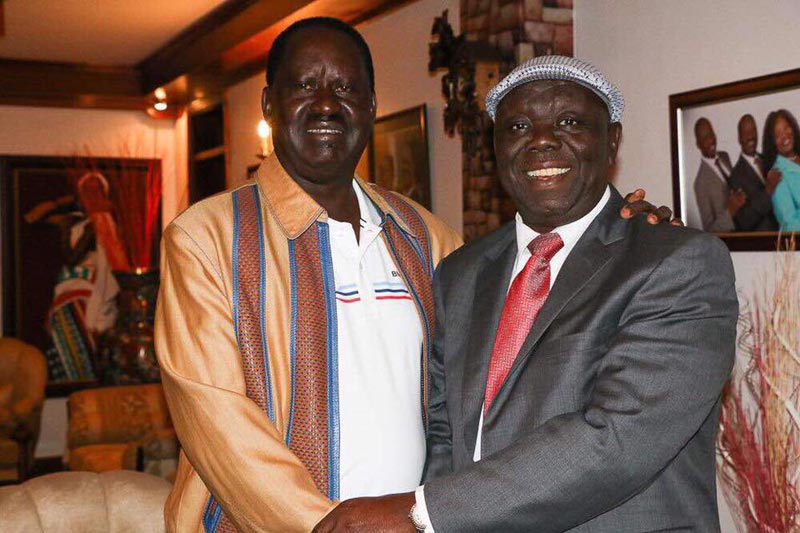 Police in Kenya have arrested seventeen suspects over the stoning of opposition leader and presidential candidate Raila Odinga’s chopper on Friday.

The ODM leader and Azimio la Umoja presidential candidate’s chopper was pelted with stones at Kabenes after the burial of Mzee Kibor in Uasin Gishu.

He said the politicians will be arrested to serve as a lesson to others. Said, Kihara:

We will not allow that to happen in our country and anyone doing that will not be tolerated.

Kihara added that investigations were underway to ensure that anyone involved is arrested and charged.

Meanwhile, the National Police Service in a statement said those arrested were found to be in possession of money in Sh50 denominations and are assisting the police with investigations.

I call upon the National Police Service to investigate the matter and ensure that all the culprits and their masterminds are made to swiftly and decisively face the consequences of their criminal actions.

The regrettable incident is a sad and atavistic reminder of the ugly face of violent political intolerance that our beloved motherland has worked hard to consign to the annals of painful history in the last 14 years.

Kenya will hold general elections on 9 August 2022. Voters will elect the President, members of the National Assembly and Senate, county governors and members of the 47 county assemblies.