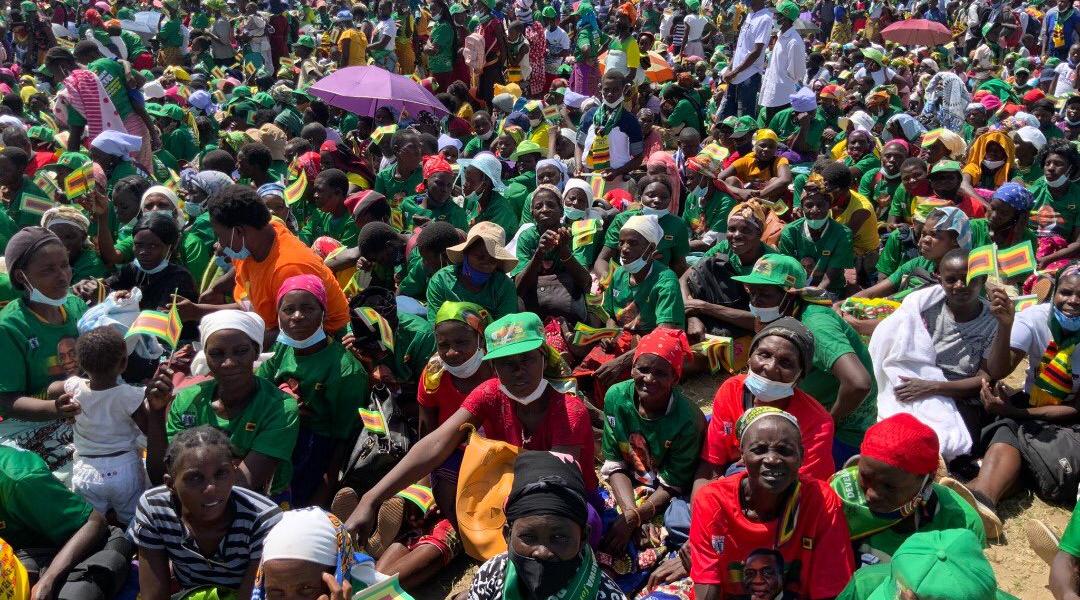 The ruling ZANU PF party has allegedly launched a witch-hunt targeting its members suspected of voting for Nelson Chamisa’s Citizens Coalition for Change (CCC) in the 26 March by-elections.

ZANU PF youth activists are reportedly moving door-to-door in rural areas, demanding to know who the villagers voted for, and in some cases threatening those suspected to have voted for CCC.

Chikurubi Maximum Security Prison is in Harare East where ZANU PF’s Mavis Gumbo was defeated by CCC’s Tendai Biti. One of the chats in a WhatsApp group of the prison officers reads:

Vamwe tatiza kubasa coz of victimisation. Hanzi sei Zanu yakadyiwa mucamp. Kkkkkkkk tyt PPU neSupport Unit ma1, transfers soon. (Some of us have fled from our workplaces because of victimisation. They are asking why Zanu PF was defeated in a camp. It’s tight in Police PPU (Public Protection Unit) and Support Unit camps. Transfers are looming.

However, ZANU PF spokesperson Christopher Mutsvangwa denied the claims and challenged those alleging victimisation to report to the police. Said Mutsvangwa:

ZANU PF is against any post-election victimisation. If there are cases like that, people should go and report them to the police.

ZANU PF is not bothered by how the people of Zimbabwe exercise their rights.

It would be probably found out that there are some rogue elements within the society that has nothing to do with the ruling party.

ZANU PF is focusing on rapid urbanisation where it is targeting to restore order in service delivery in cities that have suffered years of neglect under the opposition MDC leadership.

ZANU PF won 9 of the 28 contested parliamentary seats while Chamisa’s CCC got 19 in Saturday’s by-elections.

The ruling party actually made significant gains since two of the nine seats it bagged were won by the opposition MDC Alliance in 2018.