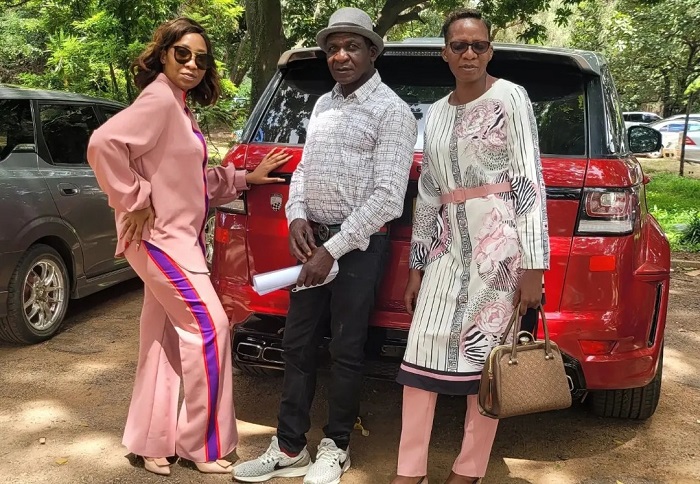 This comes after lawyer Patricia Darangwa tried to dispose of some of Ginimbi’s supercars, a Lamborghini, claiming that she was the executor of his estate.

Darangwa presented an unsigned will purportedly written by the late Ginimbi and the will was accepted by the Master of the High Court.

Ginimbi’s family appealed against Darangwa’s appointment as the executor of the estate and the request was granted by the High Court.

However, the family’s hands remained tied after Darangwa appealed to the Supreme Court.

While the Supreme Court is yet to make a ruling on Darangwa’s appeal, it emerged that she was trying to sell one of Ginimbi’s immovable properties in Botswana.

According to Juliet, Darangwa had been writing to the Master of Botswana High Court posing as the executor of Kadungure’s estate.

This prompted Juliet and Neria to file the present urgent chamber application, which has been granted by Justice Amy Tsanga. In her ruling, Justice Tsanga said:

It is the court’s finding that the family should be allowed to enjoy what the late Genius Kadungure left them.

Therefore, the application for leave to execute the order, pending the appeal at the Supreme Court, is hereby granted.

Ginimbi died in the wee hours of Sunday, 08 November 2020 along Borrowdale Road in Harare when his speeding Rolls Royce collided with a Honda Fit, veered off the road and hit a tree before catching fire.

Ginimbi was in the company of model and fitness trainer Michelle “Moana” Amuli, a Mozambican and a Malawian national.

He was pulled out of the car alive but died moments later. The other occupants of the car were trapped inside and were burned to death.