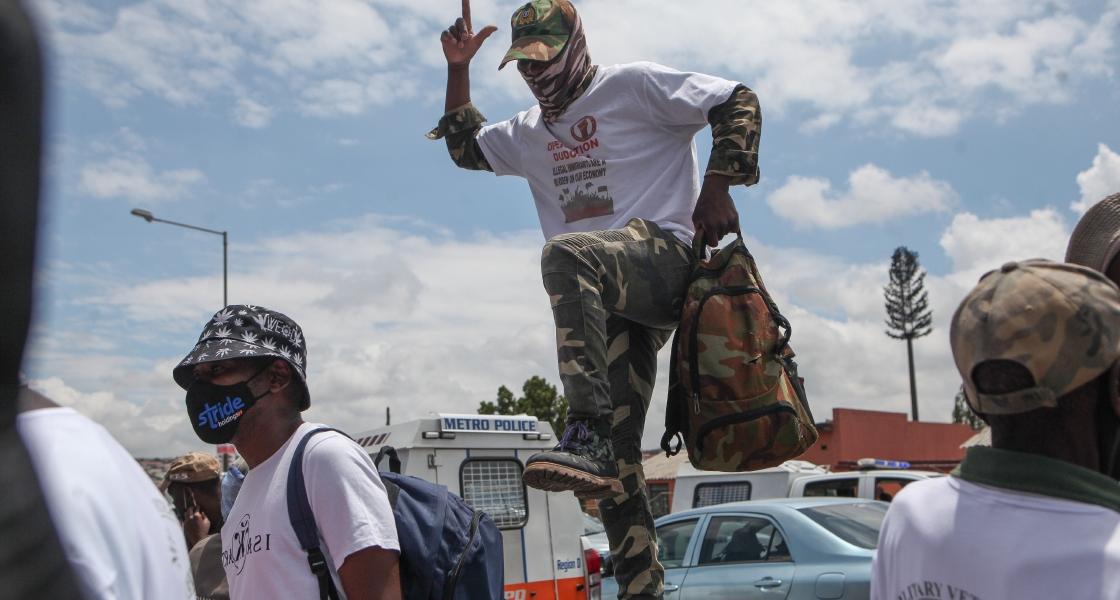 Operation Dudula, which started in Soweto in 2021 before spreading to inner Johannesburg and Hillbrow, has now moved to the Ekurhuleni area, east of Johannesburg.

The operation is targetting undocumented foreign nationals who own shops or are involved in hawking in the streets of South Africa.

On Saturday, scores of community members from Ekurhuleni gathered in Daveyton ahead of Operation Dudula demonstrations, with some of them carrying South African flags.

Speaking to eNCA before the march, the head of the Ekurhuleni operation, Dennis Molefe said they want illegal foreign nationals to close their shops. He said:

Today we are going to be launching our Ekurheleni Operation Dudula. After that, we are going to have a small demonstration around Daveyton where we will be introducing ourselves to other sectors.

We are going to go to the Daveyton CBD where we have already approached the people who are illegal foreigners and are hawkers there, and some people who are owning shops and sell illegal substances.

We are going to go to those shops and demand that they close down, especially scrap yards and so forth.

… We see that the illegal people are not just coming here to take our jobs but our businesses too.

There are also crimes committed by illegal people and they are not easily traced.

Molefe said they decided to take matters into their own hands after their pleas for the SA Revenue Service (SARS) and the Ekurhuleni metro police to deal with illegal foreign nationals operating businesses in Daveyton and Benoni fell on deaf ears.

He said it is the duty of the metro police to enforce street-vending bylaws, while SARS is supposed to ensure businesses were tax compliant.