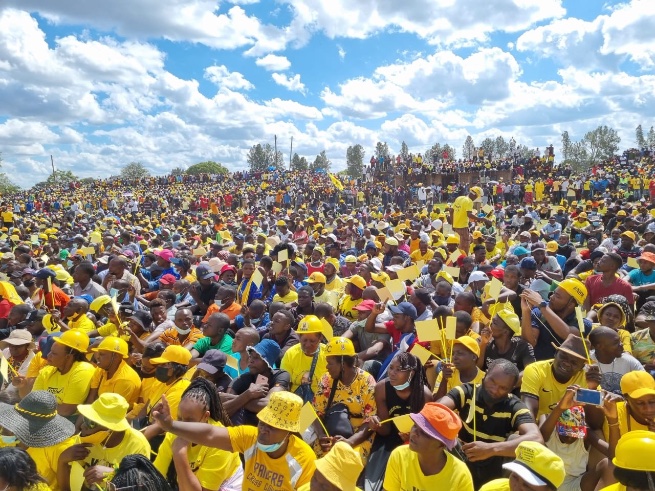 The Zimbabwe Republic Police (ZRP) has blocked the country’s main opposition party, the Citizens Coalition for Change (CCC) from holding a rally at Rudhaka in Marondera on Saturday.

On 8 March, CCC informed ZRP of its plans to hold a district campaign star rally on 12 March at Rudhaka Open Grounds from 10 AM to 4 PM in compliance with the Maintenance of Peace and Order Act.

In your notification, I have noted that you intend to hold a campaign rally comprising of a mini car rally around Rudhaka Stadium prior to the address.

What you are terming mini car rally is in fact a procession that requires seven (7) days notice to the Regulating Authority according to Maintenance of Peace and Order Act Chapter 11:23.

Given the above reason, your notification is invalid as it does not fully comply with the requirements of the Maintenance of Peace and Order Act Chapter 11:23. 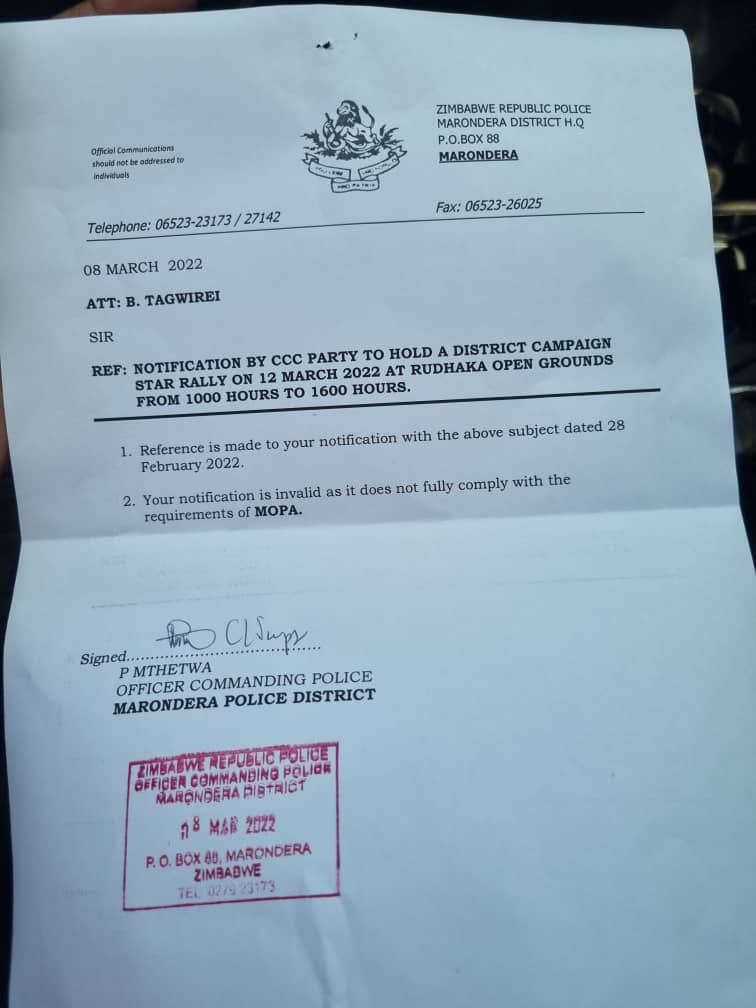 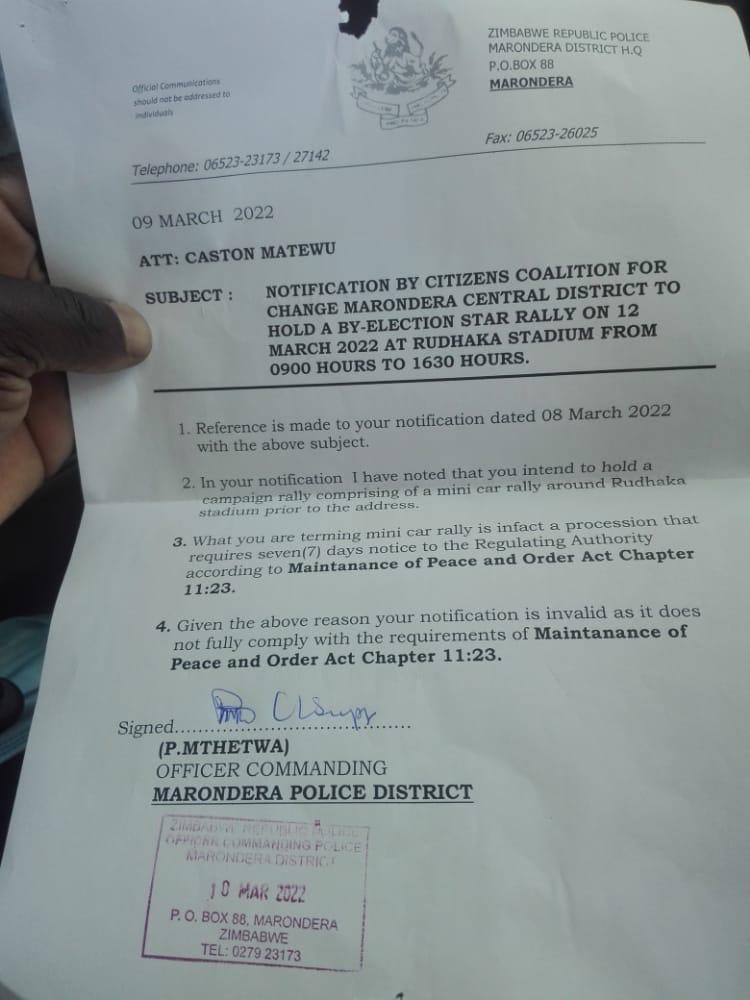 This is the second star CCC rally that ZRP has banned in as many weeks after police blocked the opposition party’s rally in Gokwe a fortnight ago.

Despite the ban, thousands of CCC supporters in Gokwe defied the state security agents to meet CCC Change Champion in Chief Nelson Chamisa.

Chamisa’s campaign rallies ahead of the March 26 by-elections have been drawing huge crowds.

To date, Chamisa has held rallies in Harare, Kwekwe, Bulawayo and Gweru, with thousands of people attending each of the rallies.