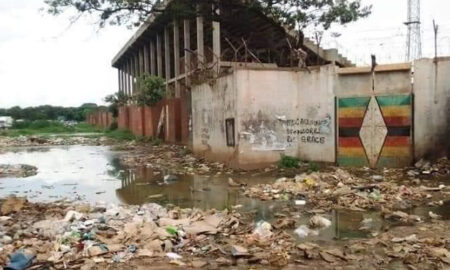 The City of Harare has agreed to lease Rufaro Stadium to Sakunda Holdings to get a facelift. Sakunda Holdings is owned by business mogul, Kuda Tagwirei who is also into mining, transport and health.

ZBC News reports that the Council approved Sakunda’s proposal for a long lease and gave the authority to the Acting Town Clerk to sign a Memorandum of Understanding on behalf of the local authority.

The deal was agreed upon during a full chamber meeting on the 28th of February,

Sakunda Holdings proposes to refurbish the stadium to meet FIFA standards and spruce up Belgravia Sports Club which will be used as a training ground by Dynamos Football Club.

ZBC News reports that Dynamos had initially approached the city council with a lease proposal, but it was turned down, as the local authority was unwilling to give full management rights to a single club.

In submitting their proposal, Sakunda Holdings promised to install bucket seats in the stadium, refurbish the sewer and water reticulation system as well as construct a road to the football match venue.

The stadium has not been used for over three years and currently lies in a sorry state due to neglect.

Different apostolic sects use it to conduct their rites while opportunists have turned part of the sports ground into a car park.

The duration of the lease is not yet known, but once the refurbishment works are complete, Dynamos Football Club will use it as their home ground, with other clubs being allowed to rent it for their matches.