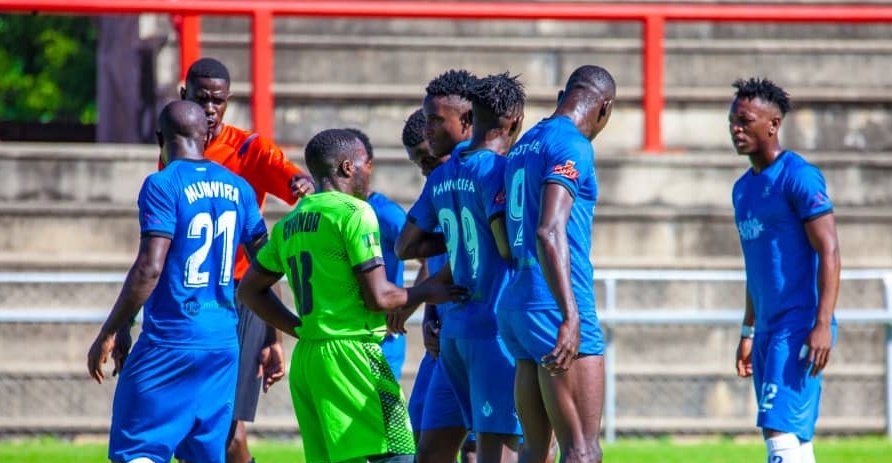 Some officials within the refereeing fraternity allegedly aligned to the suspended ZIFA board are reportedly planning to disrupt the domestic Premiership, and the regional Division One leagues.

H-Metro quoted a source as saying there is a plot to use some referees to cause chaos with questionable decisions to ensure that sponsors will terminate the sponsorship causing the top-flight and second-tier leagues to grind to a halt.

The officials who are reportedly planning to destabilise the leagues feel that their future in the game is under threat as long as the Felton Kamambo-led ZIFA board remains suspended. A source told H-Metro:

Remember the chaos we saw during that week when the ZIFA board was suspended in November last year, and a number of referees were ordered not to officiate in matches even when they had already done their warm-ups?

What that incident showed is that some of the ZIFA Referees Committee bosses have an allegiance to the suspended board members because they were put into their roles by the suspended executive committee members.

It has always been the trend that once a new ZIFA executive committee takes over, the referees’ committee bosses also change and, in a way, this means that those who will be leading the referees owe their positions to the national executive in charge of the game.

Right now, we have Mr (Obert) Zhoya, he is the number two in the ZIFA Referees Committee and he is still calling the shots there, despite all the things which have been said about him, concerning the allegations by some of the female referees.

Recently, he even sent a text on our social media group talking about women referees who wanted to be involved in a test, and that shows he is still calling the shots and he is clearly aligned to the suspended executive.

Now, we are seeing all these questionable appointments of referees and you think it’s all a coincidence, of course, it’s not, it’s part of a plan and they want to see these referees coming up with wild decisions, which will result in chaos at the matches.

The whole plan is to try and make the sponsors, especially in the PSL and the Division One in the Northern Region, which are sponsored, withdraw their sponsorship, because of the chaos, so that football in those leagues grind to a halt.

This arrangement, where the local leagues are being played, according to them, is giving the impression that everything is normal in Zimbabwean football, without the participation of the suspended executive committee members, and this is the picture they don’t want to see.

Hardley Ndazi, who was the referee in charge of the match between Bulawayo Chiefs and Dynamos at Barbourfields on Saturday, has been accused of being biased against DeMbare.

The H-Metro source suggested that it was not a coincidence he was handed that match but the assignment was deliberate so that he will cause trouble.

There was chaos during the match, forcing a 15-minute stoppage after Bulawayo Chiefs were awarded a penalty in the second half.