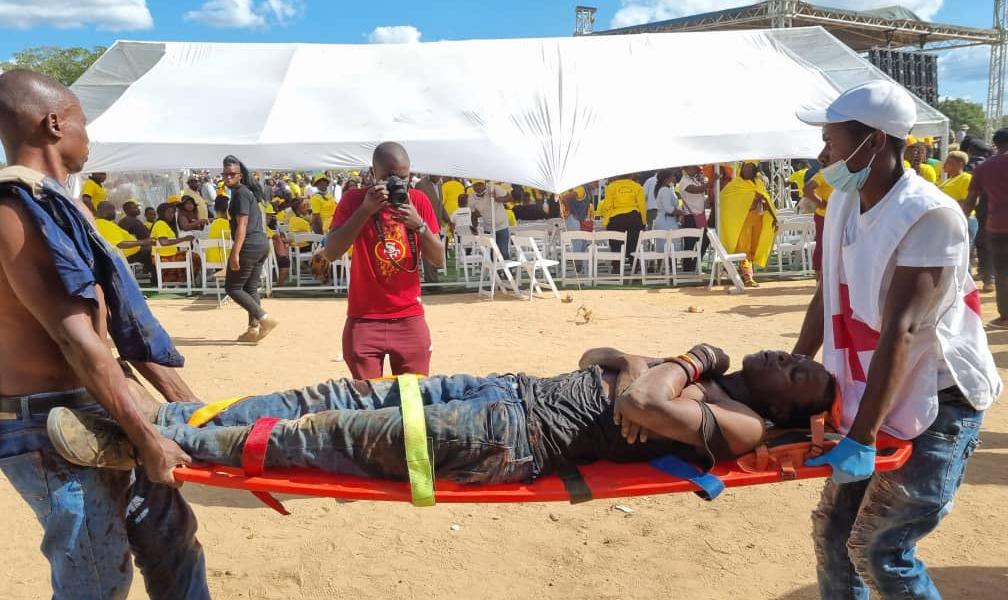 Home Affairs and Cultural Heritage Minister Kazembe Kazembe said that police will not hesitate to arrest perpetrators of politically-motivated violence regardless of their political affiliation.

Speaking on Zimpapers Television Network (ZTN), Kazembe said citizens are free to express themselves without resorting to violence. He said:

He has directed us to ensure that anyone involved in political violence should be accounted for. No one is above the law.

We are saying no to political violence, we have come a long way and believe that we do have some good levels of democracy in this country where people are free to express themselves.

As you have noticed people can insult anybody not that it is a good thing, but clearly shows that there is democracy in this country.

Kazembe’s remarks came after one person was killed while several others were injured when violence broke out during a Citizen Coalition for Change (CCC) campaign rally at Mbizo 4 Shopping Centre in Kwekwe on Sunday.

CCC supporters have also been victims of politically-motivated violence in Harare East, Mabvuku and Chitungwiza in recent weeks.

2 comments on “No To Politically-motivated Violence – Kazembe”