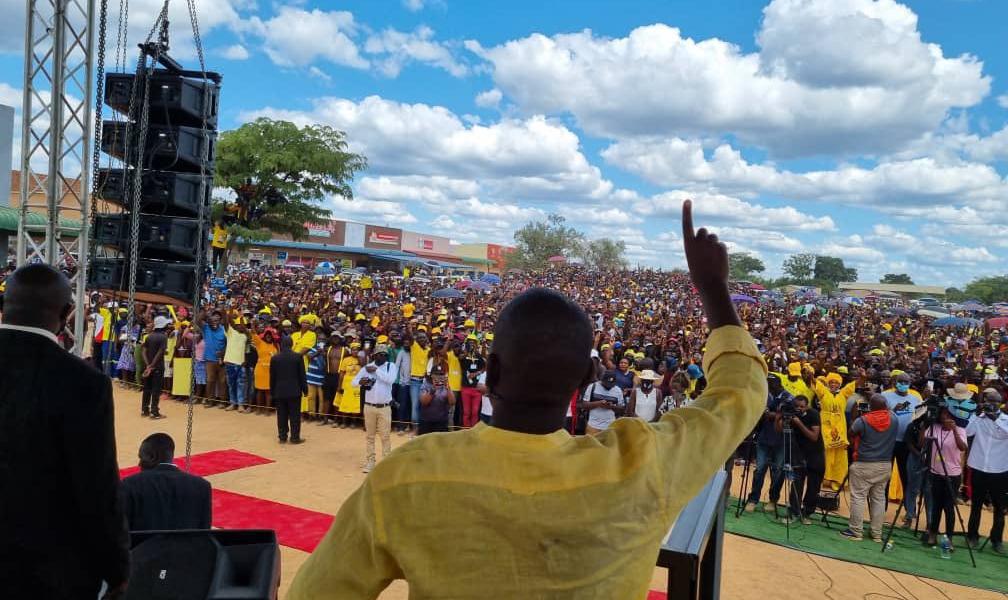 Citizens Coalition for Change (CCC) leader Nelson Chamisa has claimed that police officers were aware of plans by ZANU PF to cause violence at the opposition party’s rally in Mbizo, Kwekwe on Sunday.

Addressing journalists in Harare on Monday on the Sunday incident, Chamisa said ZRP officers reached out to him on Saturday night to inform him about alleged plans by unnamed senior ZANU PF officials to cause violence at the rally.

Chamisa added that the assailants also attempted to petro-bomb his convoy on his way to Mbizo 4 Shopping Centre where he was scheduled to address thousands of party supporters. He said:

We appreciate the police for their professionalism. We understand how politics is poisoning policing.

The institution of the police is interfered with and tarnished by ZANU PF and works against the integrity of its members.

l have it in good authority that members of ZRP knew of the planned murders as early as the night before because they reached out to me but since the number was unknown I did not attend to the many calls until just before the event happened.

They were unable to take action to prevent the murders because of the institution.

The best these members could do is try to warn us, yet they should have arrested the people beforehand.

In order to emphasise without putting officers in trouble, we need not mention their names.

The police knew of the attack before it happened but because it was ordered by high-level ZANU PF, they were unable to act to prevent the violence.

Twenty-three (23) CCC members suffered injuries and were admitted to different hospitals in Kwekwe.

Mboneni Ncube (35), a small scale miner, lost his life after he was stabbed three times with a sharp object by suspected ZANU PF supporters. He leaves behind a wife and his 8-year-old daughter.