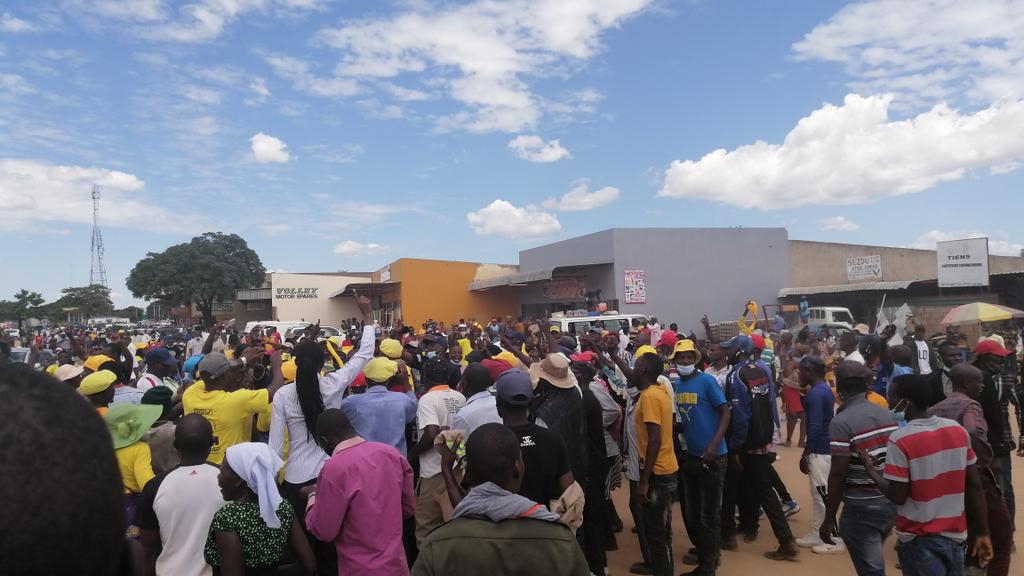 The opposition Citizens Coalition for Change (CCC) was forced to shelve its campaign rally at Gokwe Centre on Saturday after riot police used tear-smoke and water cannon to disperse the party’s supporters.

In an interview with New Zimbabwe, CCC interim vice president Tendai Biti said they would order supporters to go home to prevent the loss of life. Said Biti:

The rally is no longer possible, as you have seen these guys (ZRP) are bloodthirsty and they can do anything to shed blood.

As leaders, we must order our supporters to go home, but the yellow fever will not be stopped by teargas or riot police.

Watch police using water cannons to disperse CCC supporters in the video below:

One Comment on “WATCH: Police Use Water Cannon To Disperse CCC Supporters In Gokwe”