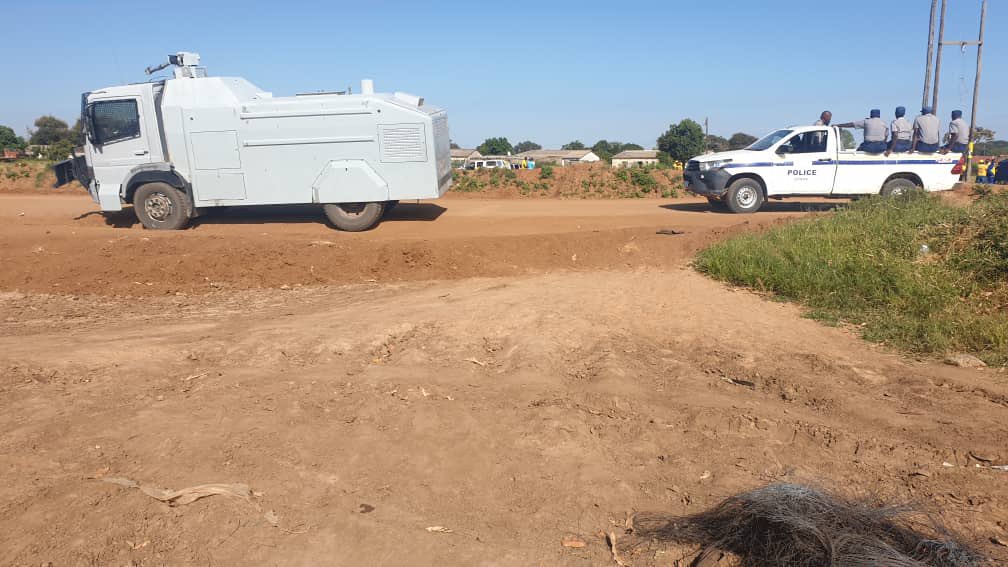 The Zimbabwe Republic Police (ZRP) has been accused of lying in court that they never stopped the Citizens Coalition for Change (CCC) rally in Gokwe to be addressed by the main opposition leader Nelson Chamisa this Saturday.

This comes after High Court judge Justice Sylvia Chirau on Saturday morning ruled that the opposition Citizens Coalition for Change (CCC) can proceed with the rally.

Lawyers representing CCC had filed an urgent application at the High Court after ZRP cancelled the Gokwe rally at the 11th hour.

In court, ZRP accused CCC of lying that they had banned the opposition party rally saying “maybe, they’re no longer interested in proceeding with their own rally”.

Prominent journalist and government critic Hopewell Chin’ono said there is evidence indicating that ZRP wrote to CCC on Friday, 25 February, stopping the rally from going ahead.

It is your submission that you intend to conduct a by-election campaign launch rally at Open Space opposite Runganga Service Station, Gokwe South on the 26th day of February 2022 from 1000 hours to 1700 hours.

Your notification has been noted and this office does have reservations due to the following:

a) Reference to our discussion conducted on the 23rd day of February 2022 at Officer Commanding Police, Gokwe District office and in accordance to Section 8[3] of the Maintenance of Peace and Order Act, Chapter 11:23, in which I invited you in order to discuss the amendment of the contents of your convening notice in good faith.

b) I Indicated that I have received credible information that there is a threat that the proposed by-election campaign launch rally will result in serious disruption of vehicular or pedestrian traffic, injury to participants attending the rally or other person, or extensive damage to property or public disorder since there shall also be a ZANU PF rally in Kwekwe on the same day and times since participants are going to utilise the same Kwekwe-Gokwe highway.

c) The police will not be able to provide adequate protection for the persons participating in the by-elections campaign launch since the police officers have been deployed to cover the star rally in Kwekwe District.

d) Based on the above so as to ensure the prevention of injury to persons or damage to property and in accordance with the provisions of Section 8[9] of the Maintenance of Peace and Order Act, Chapter 11:23, I have issued a prohibition notice and allowed you to defer your by-elections campaign launch to another date.