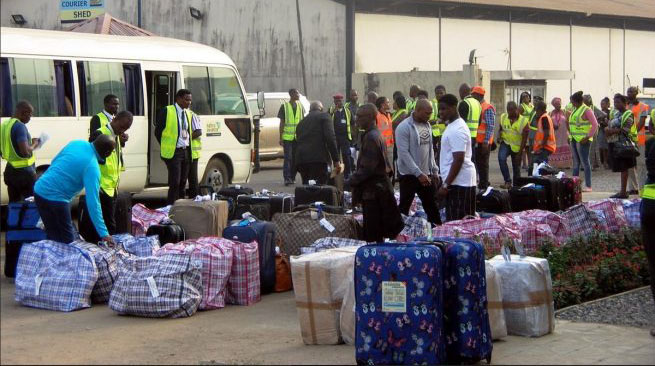 The United Kingdom is reportedly set to deport dozens of Zimbabweans on 2 March this year, in a move campaigners says will rip families apart.

According to Detention Action, a group that is providing support to several Zimbabweans currently being detained, a new deportation flight to Zimbabwe is imminent.

Those at risk of being deported from the UK could be anyone with a 12-month sentence, including those with first time or low-level offences, Detention Centre said.

Reports indicate that with the imminent threat of family life being torn apart, some of the potential deportees have been left to deal with trauma, resulting in self-harm and refusal to eat. Bella Sankey, a director at Detention Action, told The Voice:

Mass expulsions to Black Commonwealth countries are particularly offensive; the UK’s use of force and shackles to rip Black families apart under the cloak of darkness is reminiscent of past horrors.

We urge anyone at risk of expulsion from the UK to urgently seek good legal representation so that they can defend their rights.

The UK Parliament recently passed the Nationality and Borders Bill that could see millions of people born overseas stripped of their citizenship without notice and left vulnerable to possible deportations.