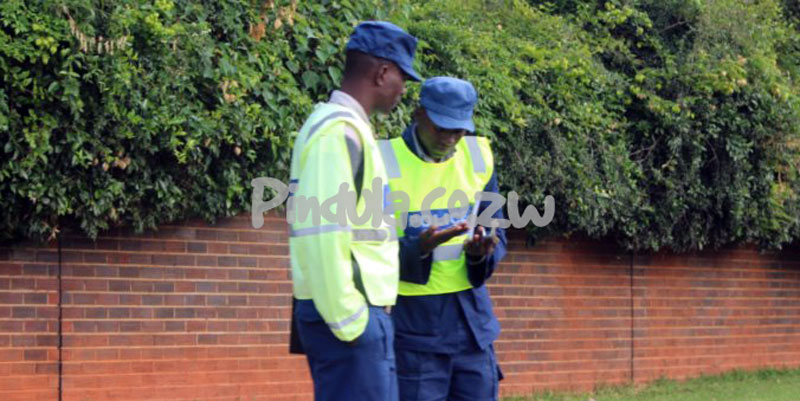 The Zimbabwe Republic Police (ZRP) has reportedly mounted several roadblocks across Harare this Sunday in a move thought to be aimed at frustrating the Citizens Coalition for Change (CCC) supporters from attending a rally set for Highfields.

Today’s roadblocks are deliberately to frustrate citizens who are headed to the #YellowSunday rally to be addressed by Zimbabwe’s main opposition leader @nelsonchamisa Citizens should be calm and not be provoked by the actions of the regime because they are meant to do that!

Ali Naka believes President Emmerson Mnangagwa is harming his own interests through the numerous roadblocks. He wrote:

Mnangagwa regime is scoring own goals like Afriforum did with EFF. Those pathetic roadblocks are creating traction for the opposition. Thinking is not for everyone.

A range of efforts have been employed, seemingly to frustrate the opposition rally in Harare today, including an attempt by the police to prohibit the CCC from bringing supporters from other provinces.

They are blocking citizens from passing. We resort to different tactics. We will be there very shortly at Zimbabwe Grounds!!

Harare: Happening Now No way out of Chitungwiza ahead of @CCCZimbabwe by-elections campaign launch rally in Highfields. @PoliceZimbabwe mounted a roadblock. It’s not easy to pass through.

Chin’ono also noted that residents of low-density suburbs are also been subjected to police roadblocks. He said:

Even citizens from affluent areas are also being subjected to the same frustrations as their compatriots in townships.

On Enterprise Road near Newlands shops, cars are being turned back! Whoever planned these roadblocks gave @nelsonchamisa a gift to present to the world!

Mnangagwa’s actions tell you that the dude fears Zimbabweans more than we think. He has catastrophically failed to develop Zimbabwe, unite Zanu pf and destroy the opposition.

The dude remains the most unpopular leader in Southern Africa.

This is evidence that we are dealing with an illegitimate government. How do you justify shutting down major highways to stop an opposition rally? No normal government does things like this.

@ZANUPF_Official is moved because roads are blocked around Harare If it was unmoved, then @PoliceZimbabwe would not be blocking roads to the venue of ZANU rival’s rally.

But this is costly to the country’s economy as many shun investing in such an environment.