The Zimbabwe dollar has lost further ground against the US dollar at the Reserve Bank of Zimbabwe (RBZ) foreign currency (forex) auction.

Data released by the central bank following the forex auction conducted on Tuesday, 15 February 2022 shows that the value of the local currency fell by $1.6426 against the US dollar.

In total, US$37,204,902.66 was allotted this week, with the bulk of the allotment going to raw materials followed by machinery and equipment. This is slightly higher than the US$37,160,200.79 allotted last week.

934 bids were received on the Small to Medium enterprises forex auction, with 844 accepted and 99 disqualified. The total number of bids allotted was 844.

On the main forex auction, a total of 546 bids were received, 468 were accepted and 78 were disqualified. The total number of bids allotted was 420. 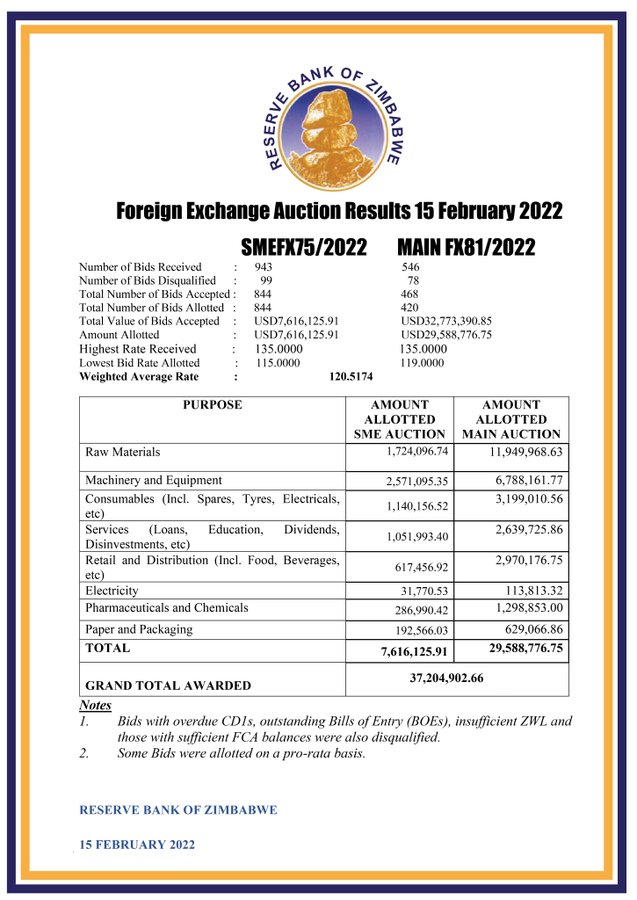