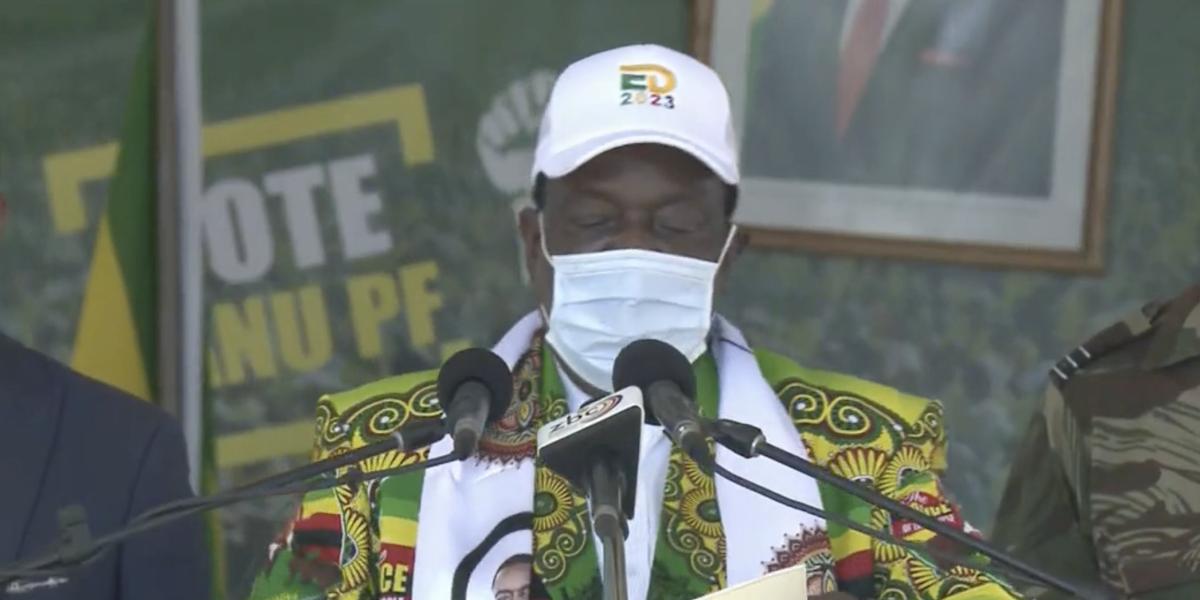 Mnangagwa was addressing ZANU PF supporters who were gathered at Epworth High School grounds for the party’s by-election campaign rally on Saturday.

Mnangagwa claimed that some opposition leaders in Zimbabwe were telling their supporters that it is possible to unseat ZANU PF like what Hakainde Hichilema’s opposition party did in Zambia in 2021. He said:

Go and tell them that a person walking from Harare to China will arrive faster than opposition parties trying to get to State House in Harare. It’s not going to happen.

However, Citizens Coalition for Change (CCC) spokesperson Fadzayi Mahere dismissed Mnangagwa’s comments saying only the people of Zimbabwe have the right to elect people of their choice.

Mnangagwa assured residents of Epworth and surrounding areas that his government is in the process of giving them title deeds. He said:

We sourced funds and gave them to Professor Murwira’s ministry to carry out a geospatial survey. We have completed the survey and will build flats.

We will move those who built on roads to the flats because we cannot move someone into the open.

Once you get hold of your title deed, you have security for your land. It becomes your inheritance.

This will ultimately do away with land barons. So we are in this process of regularising settlements as well as issuing title deeds.