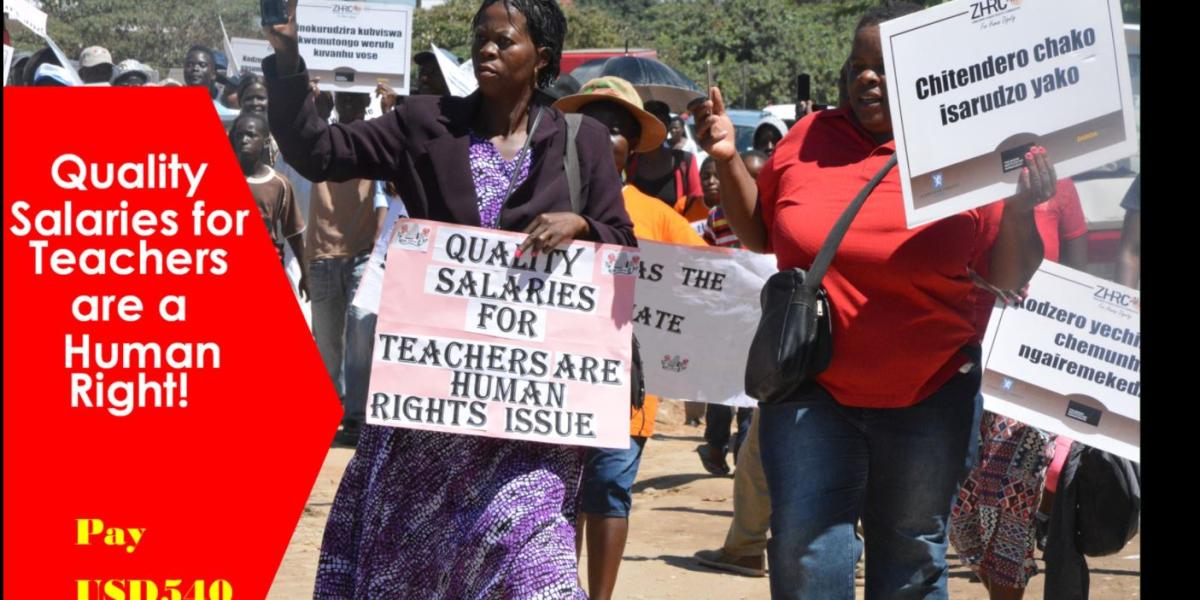 The Zimbabwe Teachers Association (ZIMTA) has said it appreciates the government’s offer to increase civil servants’ salaries by 20 per cent across the board but observed the hike is insignificant hence the need to negotiate for another increase. Pindula News presents ZIMTA’s statement issued on the 9th of February 2022:

ZIMTA acknowledges and appreciates the fact that the Government, through the intervention of His Excellency E. D. Mnangagwa. has adopted the following principles that formed part of ZIMTA’s position paper to NJNC.

1.1. The introduction of an advancement award, which recognizes seniority for differentiation within the same grade and to have this implemented across the entire education sector.

1.2. Remunerating educators using a hybrid salary package wherein part of the salary is paid in United States dollars and the balance in ZWL.

1.3. Alleviating the transport challenges faced by educators when they report for duty.

1.4. Reviewing salaries for teachers with effect from 1 January 2022.

1.6. Facilitating the importation of duty-free vehicles by educators.

ZIMTA leadership, while appreciating and embracing the above principles, met today, the 9th of February 2022 and agreed on the following as a way forward.

2.1. That the 20% salary increase across the board is insufficient and that the NJNC must meet and further negotiate to agree for a further increase over and above the 20% offered by no later than the 16th of February 2022.

2.2. That the payment of the backdated 20% and the February 2022 salary pay date be brought forward to the 15th of February 2022 or earlier in order to allow educators to get their salaries before they can return to work.

2.3. That the provision of a transport facility to ferry teachers in both rural and urban areas be introduced the same day salaries arc paid on or before the 15th of February 2022.

2.5. That no educators’ salary will be docked for having failed to return or report for duty during incapacitation.

2.6. That school fees for educators’ children be paid urgently and that ahead of the payment there be no denial of access to class to the children concerned.

ZIMTA further resolved that upon being paid their February 2022 salaries and being provided with the transport facility, its members will be called upon to report for duty while awaiting the NJNC negotiations that must be completed by no later than the 16th of February 2022.
Solidarity forever.