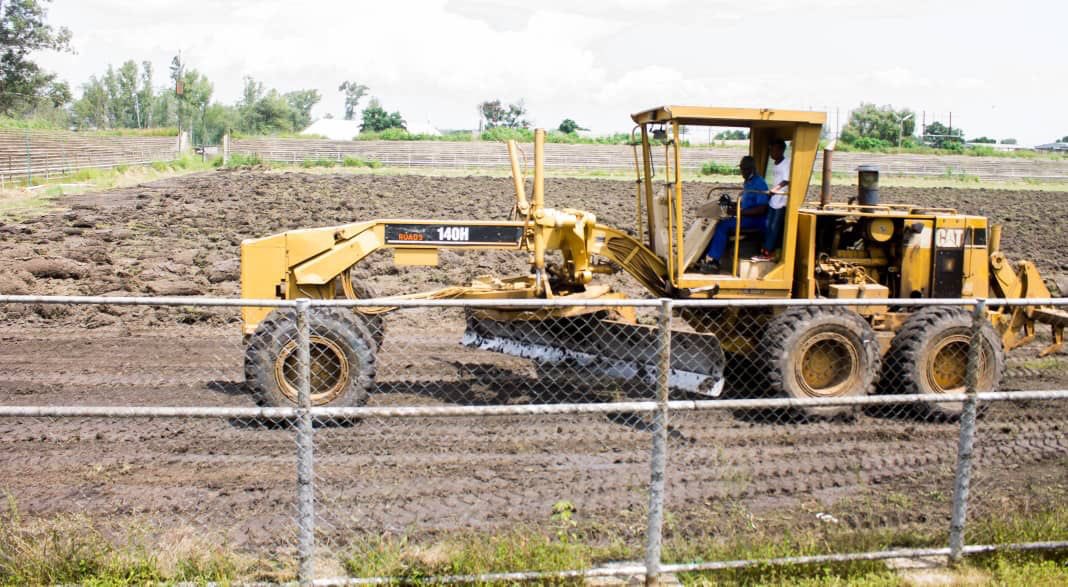 Pastor Uebert Angel has commenced the refurbishment of Gwanzura Stadium through the OPEAAL Mnangagwa Fund, which he has launched.

Angel, who was appointed the Office of the Presidential Envoy and Ambassador at Large (OPEAAL) by President Emmerson Mnangagwa, has started the renewal of the stadium with heavy-duty equipment working on the pitch.

The playing surface is set to be removed and replaced by a new turf. An OPEAAL Mnangagwa Fund official told H-Metro:

The OPEAAL Mnangagwa Fund is not taxpayers’ money, it is a fund Ambassador Uebert Angel personally set aside to address development projects in the country.

After several meetings with Sports Minister, Kirsty Coventry, Ambassador Angel strongly believes the sports and arts sector needs support from everyone in Zimbabwe, and abroad, which is why he has decided to create this fund and begin the work at Gwanzura Stadium.

Gwanzura Stadium is located in Zimbabwe’s capital city Harare in the suburb of Highfield.

It used to host many top-flight football matches in the country before the construction of Rufaro Stadium in Mbare and the 60 000-seater National Sports Stadium located a few metres from the National Heroes Acre.

However, like much of Zimbabwe’s infrastructure, Gwanzura Stadium has seen better days.

It does not measure up to the standards set by the Confederation of African Football (CAF) to host matches with its toilets, bathrooms and changing rooms in a state of disrepair.