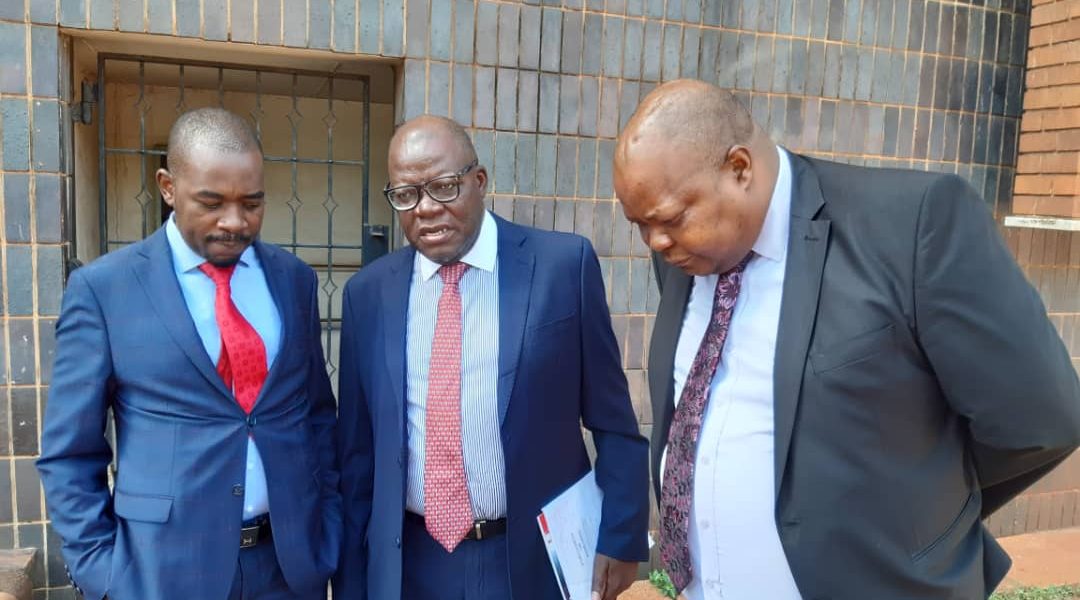 Zimbabwean journalist and documentary filmmaker, Hopewell Chin’ono has urged the newly-formed Citizens Coalition for Change (CCC) not to give in to demands by “power-hungry politicians.”

Chin’ono speaks amid reports that Mpumelelo Moyo who successfully filed his papers to contest for Bulawayo Ward 26 councillor post that was left vacant when Norman Hlabani was g recalled by the MDC-T is making some demands for him to withdraw from the race.

There was a double fielding with Norman Hlabani also successfully filing papers to contest.

The CCC national leadership has tried to resolve the matter and another in Masvingo but candidates are refusing to budge.

Amid this drama, Chin’ono says CCC leader Nelson Chamisa must stamp his authority to prevent the situation from degenerating into chaos. Pindula News presents Chin’ono’s message:

Citizens Coalition for Change @CCCZimbabwe should NEVER be blackmailed by power-hungry politicians, NEVER! A political party has ONE leader at a time, and what he says is FINAL! We are in a struggle not democracy! Once you allow one person to disrespect you, you open floodgates.

Meanwhile, an exiled Political Science Professor, Jonathan Moyo, who is a former minister of Information, Publicity and Broadcasting Services does not agree with Chin’ono. Moyo responded to Chin’ono’s message:

My young brother Hopewell, I hope you will reflect on the meaning implications of your claim that, “a political party has ONE leader at a time, and what he says is final”. Your claim is true only if you mean a one-man based, primitive, undemocratic and sexist political party!

The CCC party had reportedly agreed to field members who were recalled to participate in the March 26 by-elections.

Some observers, however, have said the national leaders who authorised the participation of more than one candidate should be the ones facing the consequences.

CCC drew its leaders from MDC, the People’s Democratic Party (PDP formed by Tendai Biti), and MDC-N (led by Welshman Ncube) and the double fielding of candidates has been viewed as evidence of differences in the party’s top echelons.