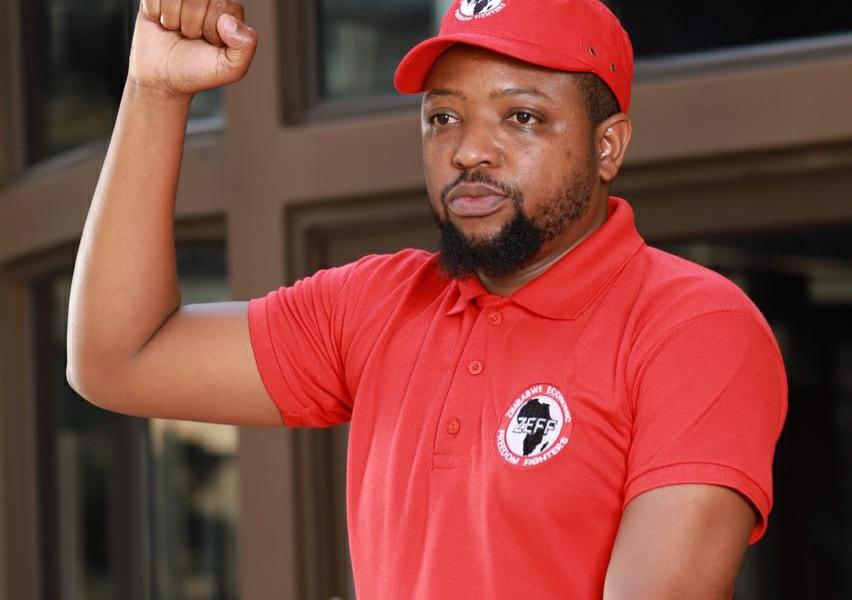 Economic Freedom Fighters (EFF) Zimbabwe has accused the newly formed Citizens Coalition for Change (CCC) of sponsoring some individuals to cause chaos in the party.

EEF Zimbabwe’s accusations follow a communique released this week by one Everton Mutsauri advising the party’s supporters that the organization had changed its name from EFF Zimbabwe to Zimbabwe EFF. Reads part of Mutsauri’s communique:

After consultations with our ground forces, the Central Command Team (CCT) resolved to rebrand from EFF Zimbabwe to Zimbabwe EFF. The use of Zimbabwe EFF and the new party logo will be presented in our next (CCT) meeting in Masvingo province. As such, all provincial leadership should communicate this position to all our people.

The EFF Zimbabwe party has however distanced itself from the statement describing it as CCC’s “shenanigans” to destroy the party. The party’s president Innocent Ndibali told NewZimbabwe.com in an interview:

The EFF president advised all the party’s supporters to ignore Mutsauri’s statement, saying the party has not made any changes to its name and logo.

CCC Bulawayo spokesperson Swithern Chiroodza however challenged Ndibali to provide evidence that his party is interfering with his party’s structures and accused the EFF of being a “ZANU PF offshoot.”

He added that the CCC aims to dislodge ZANU PF, which he describes as “the whole tree,” in the upcoming by-elections and the 2023 general elections.