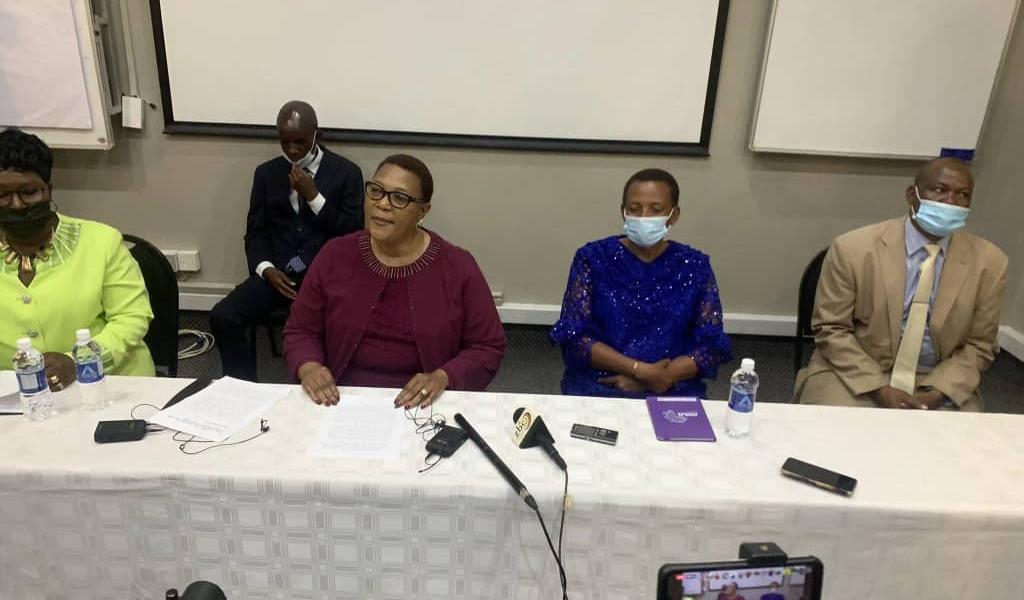 Former MDC-T deputy president Thokozani Khupe has accused the Government of discrimination after the opposition party was granted the whole $150 million dollars under the Political Parties Finance Act.

Khupe, who was suspended by MDC-T president Douglas Mwonzora before she was eventually expelled from the party and recalled from Parliament, said she has have been discriminated against because of her gender as she the money.

Khupe announced a split of the party on 21 January and subsequently wrote to National Assembly Speaker, Jacob Mudenda, and Justice Minister Ziyambi Ziyambi saying she was the leader of MDC-T hence her faction was eligible to receive funds from Treasury.

Addressing a press conference in Harare on Wednesday, Khupe claimed she is the bona fide leader of the judicially reconstructed party and criticised Mudenda for accepting her recall from Parliament. She said:

I am the leader of the opposition in Parliament. I pleaded with the Minister of Justice (Legal and Parliamentary Affairs) Hon Ziyambi Ziyambi to treat both formations in an equal manner (regarding funds).

Giving money to Mwonzora is unjustified inequality and unfair practice. I have been discriminated against because I am a woman. I am being victimised and cannot breathe.

She said Mwonzora cannot recall her and receive money from Government as he is now the leader of the MDC Alliance.

However, Mwonzora said Khupe was poorly-advised and has “anger management issues”. He said:

Dr Khupe does not know what she is saying. She has anger management issues. Funds for political parties are not disbursed based on the disgruntlement of individuals.

The MDC-Alliance I am leading is not a political party so it is incapable of having a president.

The president of the MDC-T is the leader of the MDC Alliance as was Morgan Tsvangirai, Chamisa, Khupe and now myself.

She does not seem to know she was in Parliament under the MDC-Alliance banner of 2018 after she took over from Thabitha Khumalo. She absolutely has no case. She will not get anything.

The High Court in Bulawayo is today set to hear an application by Khupe challenging Mwonzora’s eligibility to receive the funds.