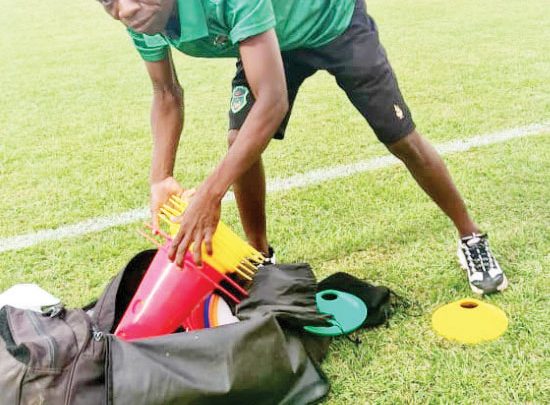 The Football Association of Malawi (FAM) has dismissed rumours suggesting that Richard Justin Zawazawa was The Flames’ “juju” man at the ongoing 2021 Africa Cup of Nations (AFCON) finals in Cameroon.

Some Malawians made fun of Zawazawa, who is commonly called Dinho among his peers, describing him as a juju person who was behind the team’s success after the Flames reached the Round of 16 for the first time.

Malawi, beat Zimbabwe 2-1, drew with Senegal 0-0 and lost 0-1 to Guinea, to qualify for the knockout stage for the first time in the country’s history.

It is very unfortunate that some Malawians, especially those on social media, rush in making conclusions about some personalities before getting to the gist of the matter.

Richard Justin looks after all the national teams’ equipment. It is bad to portray him as such. He is a very busy and important man on the team. He is simply a hard worker.

Zawazawa started working as a cleaner at FAM in 2007 before being promoted to kit master in recent years.

In Zimbabwe, Malawi, South Africa and much of southern Africa, there is a strong belief among football fans that “juju” or black magic works in sport.

In 2012, the Daily Sun reported on why South Africa allegedly failed to qualify for the AFCON finals that year.

According to the report, the South African Football Association (SAFA) reneged on its agreement to pay R100 000 to a KwaZulu-Natal “sangoma”, S’bonelo Madela, for the help he allegedly gave the team in beating France 2-1 during the 2010 World Cup.

Madela was reportedly paid just a 10th of his fees for his “help” in securing Bafana’s victory against France during a 2010 World Cup group game.

Meanwhile, South Africa failed to qualify for the 2021 AFCON finals from a group that included Egypt, Niger and Sierra Leone. Madela was quoted as saying:

I am very happy they didn’t win. I am not sad at all. How can I be when I am owed so much money? The worst is yet to come.

South Africa also failed to qualify for the next and final round of the Qatar 2022 World Cup qualifiers.