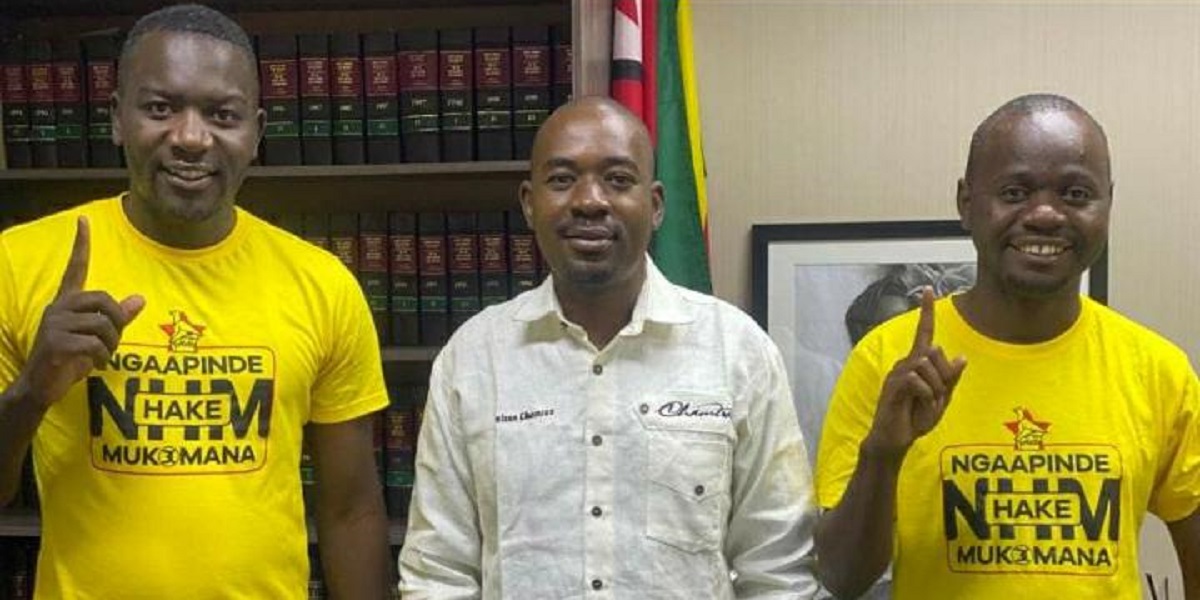 There have been varying responses to the use of the raised index finger as the Citizens’ Coalition for Change (CCC) party as its symbol with some saying it is a symbol used by ISIS, a terrorist organisation operating mainly in the Middle East.

The Herald quotes Political commentator, Alex Manyonga, as saying the adoption of the raised index finger as the CCC’s symbol is a cause for concern. The Herald reports:

Another Political analyst, Rashweat Mukundu, said a raised index finger has many meanings besides being used by ISIS. Pindula News presents Mukundu’s remarks:

This is a sign of power and victory around the world. Its use by ISIS which meant the singularity of Allah in Islam and rejection of any other religion has nothing to do with the global use of this sign.

Meanwhile, renowned journalist, Hopewell Chin’ono who is a staunch critic of the President Emmerson Mnangagwa-led government said the reportage by The Herald suggests that state-run papers are shameful.

He said the article is a typical example of how the public media in Zimbabwe is used by “ZANU PF to generate childish and stupid hateful narratives in Zimbabwe!”