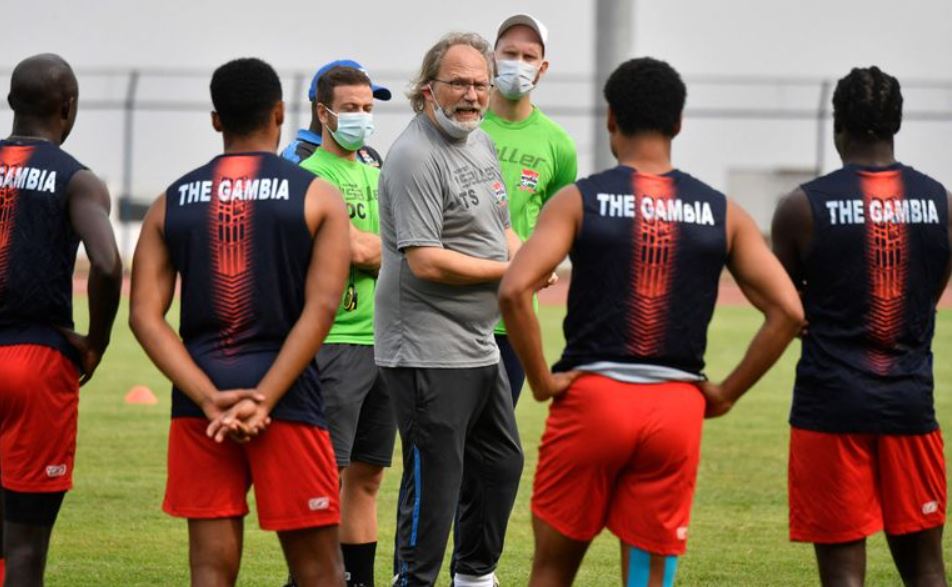 Belgian coach Tom Saintfiet who was rejected by Zimbabwe has made debutants Gambia reach the quarterfinals of the Africa Cup of Nations (AFCON) finals underway in Cameroon and they are not yet out.

While the Zimbabwe Warriors were knocked out of the tournament in the group stages for the fifth time, the Scorpions have defied the odds after going unbeaten in four games and progressing from Group F as runners-up to Mali.

Gambia is ranked 150 on FIFA rankings.

Saintfeit cost the country about US$185 000 in compensation following a botched appointment by ZIFA.

Zimbabwe was also threatened with suspension from the 2022 Qatar World Cup qualifiers before a deal was thrashed to pay off the debt.

However, the Belgian coached the Warriors for just one day before he was deported for breaching the country’s immigration laws.

The coach was found guilty of executing his duties without a work permit and the law took its course. The Belgian took his case to FIFA who then awarded him the damages in 2013.

His appointment to the Zimbabwe hot seat was mired in controversies after he had absconded from Namibia, where he still had two years running on his four-year deal.

Saintfeit has been with the Gambian team since July 2018 and this is the longest that the nomadic coach has stayed at one job.

In a previous interview, Saintfiet said apart from Zimbabwe and Nigeria, he had generally enjoyed working in Africa. He added:

It will not be an emotional time for me to play the Warriors, my wife is from Zimbabwe and I consider myself half Zimbabwean.

However, the Belgian’s appointment to the helm of the Warriors caused deep divisions within ZIFA and other football stakeholders in the country.