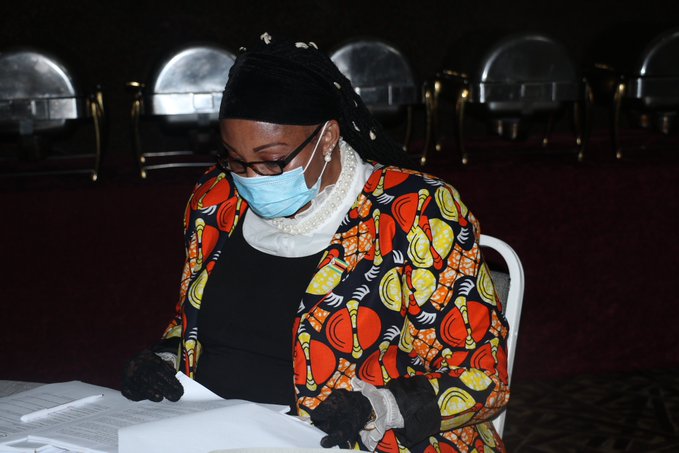 Speaking on a local television station, ZTN, Chigumba said the ZEC system works on the basis of biometrics as primary identification and not on national identity and is, therefore, able to detect multiple voter registrants. Said Chigumba:

There were a lot of people who were given incentives to register to vote. Those people did not disclose to the NGOs [non-governmental organisations] and to the civil society organisations that they were already registered to vote in order to access the incentives.

Those people were then flagged by our system that there is a person with one set of fingerprints who registered six times to vote, but they were already on the voters’ roll.

So what happens in our system is that if you register 10 times to vote, it will only recognise one file, it will only say that there is one registrant. You cannot cheat the ZEC voter registration system.

Our system works on the basis of fingerprints as primary identification. The system does not care about your national identity.

It notifies us that there is one person who is trying to register six or more times. We only accept one set of fingerprints per person and we reject the others.